Green economy investments of €4.6 billion account for record 46 per cent of total financing 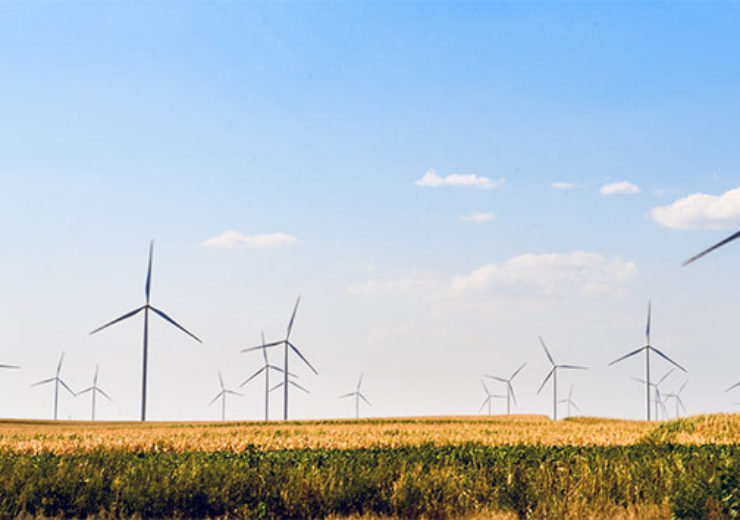 Financing under the EBRD’s Green Economy Transition (GET) approach hit a record €4.6 billion, or 46 per cent of total business volume in 2019, underscoring the EBRD’s strong contribution to the global sustainability agenda. The GET approach supports countries where the Bank works build low carbon and resilient economies.

The green finance record is a key element in overall annual results showing the EBRD, which has a footprint from Central Europe to Central Asia and the Southern and Eastern Mediterranean, has delivered a record level of impact across its regions in 2019. Honouring a pledge to raise both quality and quantity of investments in 38 economies, total investment rose above €10 billion for the first time, to €10.1 billion from €9.5 billion.

At the time of the 2015 Paris climate accord, the EBRD set a target of increasing green financing from 25 per cent to 40 per cent of its annual investment by 2020. The 2019 result beats this target.

To date, the EBRD has signed €34 billion in green investments, financed over 1900 green projects that are expected to reduce 102 million tonnes of carbon emissions yearly. In 2019 alone, the Bank financed over 2.2 GW of new renewable power capacity.

The sharp increase in 2019 green financing was the result of strong performance across sectors and in certain cases countries.

With the GET approach being successfully mainstreamed into EBRD work, nearly 72 per cent of the total 2019 investment of the EBRD’s new Sustainable Infrastructure Group – which more closely integrates the Bank’s work in power, transport, social and municipal infrastructure sectors – was financed under the GET approach. This GET total of nearly €2.7 billion was up from 57 per cent, and €2.12 billion, for the sector in 2018.

The EBRD’s Green Economy Financing Facilities – which offer credit lines and technical assistance to local partner financial institutions who then support businesses and homeowners wishing to invest in green technologies – accounted for 29 per cent (€973 million) of the bank’s total Financial Institutions sector financing in 2019, strongly up from 19.5 per cent (€622 million) in 2018. And in industry, commerce and agribusiness, 33 per cent of deals done in 2019 were financed under the GET approach (€951 million), up from 2018’s 28 per cent (€602 million).

One focus in 2019 has been EBRD Green Cities, which strives to build a better and more sustainable future for cities and their residents. The programme achieves this by identifying, prioritising and connecting cities’ environmental challenges with sustainable infrastructure investments and policy measures. The number of cities participating almost doubled to 37 in 2019, with over €160 million invested in EBRD Green Cities projects in the Western Balkans, Jordan, Moldova, and Georgia. Nine new Green City Action Plans were adopted by participating cities in 2019, among them is Mongolia’s Ulaanbaatar. The first in Central Asia, this plan, passed by the mayor in December 2019 and already under implementation, serves as a model for the region.

In July, €87 million of funding from the world’s biggest climate fund, the Green Climate Fund (GCF), was approved for the EBRD to expand work on greening cities, and has continued to strengthen cooperation. In Egypt, the EBRD and GCF co-financed a US$ 100 million loan to the National Bank of Egypt to address energy efficiency, climate mitigation and adaptation projects for small and medium firms to whom the funds will be on-lent.

Among other projects, a €15 million EBRD loan in two Serbian regions, Negotin and Svilajnac, will finance improvements to irrigation infrastructure after recent floods and droughts, helping the sector become more resilient to climate change.

The EBRD also financed wind power in Poland, supporting the 220 MW Potegowo wind farm with a March local currency loan of up to PLN 209.1 million (€48 million). The wind farm is expected to make a major contribution to reducing air pollution by replacing 480,000 tonnes of CO2 emissions annually.

Adding to the global green finance toolkit, in September the EBRD issued the world’s first climate resilience bond – an innovative form of finance to support adaptation to a changing climate.

The GET approach builds on more than two decades of EBRD experience in financing green investments, with an initial focus on energy efficiency and renewable energy. Carbon intensity and climate vulnerability are key issues for EBRD countries. The regions’ carbon intensity is almost five times higher than the EU average, and EBRD countries are particularly vulnerable to the impacts of climate change.

The EBRD is currently preparing its next five-year strategy, which will be submitted for approval by shareholders at the May 2020 Annual Meeting in London. As part of that preparation, the Bank has already agreed to scale up financing in its existing countries while ensuring even greater support for positive economic transformation.

In parallel, a new green strategy is being prepared, further raising the EBRD’s climate action ambition for the five years after 2020.