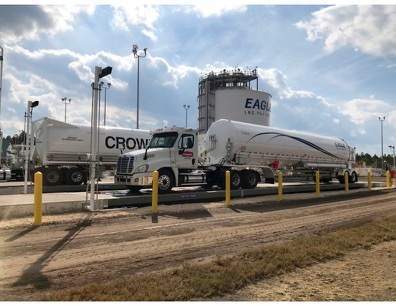 The plant, which also features a one million-gallon storage tank, is located in Jacksonville, Florida.

The LNG produced at the new plant will be supplied to Eagle LNG’s Marine Fuel Depot – Talleyrand located on the Port of Jacksonville’s (JAXPORT) Talleyrand Marine Terminal.

Besides, the depot is used to serve growing domestic and Caribbean needs for clean-burning, economical LNG.

The depot is a permanent marine infrastructure that delivers a long-term LNG bunkering solution at JAXPORT for both domestic and international marine trade routes.

“It represents the start of Eagle LNG’s plans to build LNG infrastructure across the nation.”

Eagle LNG said that it intends to complete a large LNG export plant, which will also be built in Jacksonville, on the St. Johns River north of JAXPORT.

It will have a capacity to produce 1.5 million LNG gallons-per-day with a 12 million-gallon storage tank, a marine jetty and road tanker loading bay.

The export facility, which is yet to receive an approval from the US Federal Energy Regulatory Commission, is expected to start LNG production in 2020.

The facility will supply LNG for power generation to the Caribbean Islands plus domestic fuel and power markets.