Integration of innogy right on schedule, synergies of €600 to €800 million from 2022 forward reaffirmed and the combined UK business can deliver significant positive earnings from 2022, said E.ON 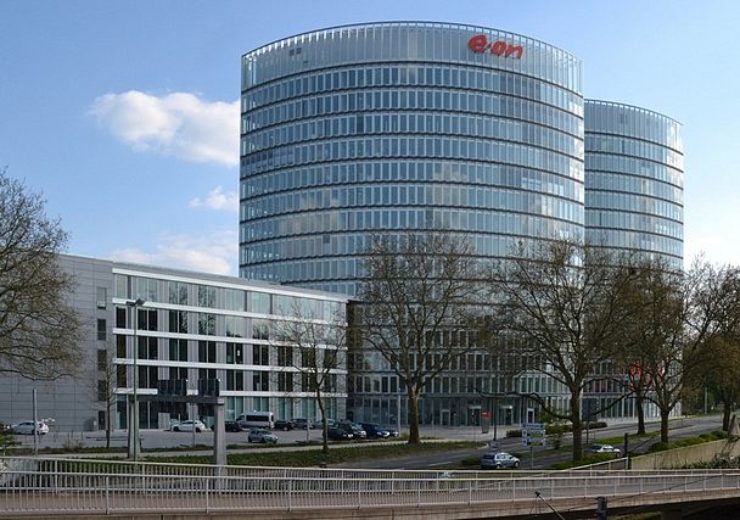 “Just a few weeks after the takeover of innogy, the integration has already made tangible progress. In all respects we’re right on schedule,” E.ON CEO Johannes Teyssen said at the presentation of the company’s numbers for the first nine months of 2019 together with CFO Marc Spieker. For the first time, these results contain innogy’s earnings on a pro rata basis. Teyssen also explained proposals for the restructuring of npower, innogy’s U.K. subsidiary.

Third quarter significantly above prior year

E.ON’s operating business performed as expected in the first nine months of 2019. Sales rose by €1.9 billion year on year to €23.6 billion. Adjusted EBIT for the E.ON Group declined by 6 percent to €2.2 billion. Third-quarter earnings were roughly 20 percent above the prior-year figure. As anticipated, as the year has moved forward E.ON has made up for its weak start in the first quarter. As a result, adjusted net income of nearly €1.2 billion was just 3 percent below the prior-year figure.

The business operations at Renewables transferred to RWE are included in these key performance indicators until September 18, 2019. A separate innogy segment, consisting mainly of network and sales businesses, contributes to E.ON’s business performance after this date.

“Our nine-month earnings are line with our expectations. Due to the completion of the innogy acquisition, we’ve adjusted our earnings forecast. We now expect the E.ON Group’s 2019 adjusted EBIT to be between €3.1 and €3.3 billion and its adjusted net income to be between €1.45 and €1.65 billion. Previously, we’d anticipated adjusted EBIT of €2.9 to €3.1 billion and adjusted net income of €1.4 to €1.6 billion. We reaffirm our dividend proposal of €0.46 per share. The decline in earnings resulting from the disposal of substantially all of our renewables business will be more than offset by the new innogy segment’s earnings,” Spieker said.

On balance, the Energy Networks segment’s nine-month adjusted EBIT of €1.42 billion was at the prior-year level (€1.47 billion). Its earnings in Germany declined, primarily because of the non-recurrence of positive one-off items recorded in the prior-year period. Adjusted EBIT in Germany was also adversely affected by a reduction in the allowed return on equity coinciding with the beginning of the third regulatory period for power. However, these effects were largely offset, primarily by significant investments. E.ON continued to benefit from a positive business performance in Sweden.

As anticipated, debt higher due to innogy takeover

Compared with the figure recorded at December 31, 2018 (€16.6 billion), E.ON’s economic net debt increased by €23 billion to €39.6 billion. This mainly reflects the initial consolidation of innogy operations. This was partially counteracted by the deconsolidation of reclassified operations at Renewables and PreussenElektra that were still included in the figure at year-end 2018.

“Our regulated network business now accounts for a larger share of our overall portfolio. That’s why last year rating agencies clearly indicated that they would accord the new E.ON a much higher debt-bearing capacity. Today, our strong operating performance and the anticipated synergies from the integration of innogy already enable us to reaffirm our objective of a strong BBB rating,” Spieker said.

The integration of innogy into the E.ON Group is moving forward on schedule. The future executive positions in the first and second levels below the Management Board are almost completely filled—in almost equal shares with employees from E.ON and innogy. The proportion of female executives in the first level below the Management Board was increased to approximately 25 percent.

E.ON has now also made important decisions regarding its business locations: Essen is its corporate headquarters and also houses the management functions for its network business in Germany and elsewhere. Essen will also be the home of E.ON’s innovation center for all its markets in Europe. Dortmund will remain the headquarters of Westnetz, which is by far E.ON’s biggest distribution system operator in Germany. In Dortmund the company also intends to strengthen City Energy Solutions, one of its future-oriented sales businesses. Munich will also continue to be an important location for E.ON’s sales operations and house key functions of its nationwide power and gas business in Germany.

Spieker also emphasized: “We’re firmly determined to leverage synergies of €600 to €800 million by 2022. The first measures have already been successfully implemented. Others will follow. Our shareholders can count on it.”

“The U.K. market is currently particularly challenging. We’ve emphasized repeatedly that we’ll take all necessary action to return our business there to consistent profitability. For this purpose, we’ve put together proposals and already begun discussing them with British unions,” Teyssen explained.

The proposals include that npower’s residential and small and medium-size enterprise customers will be served by E.ON UK IT on a shared IT platform. npower’s industrial and commercial customers will continue to be served separately. npower’s remaining operations will be restructured over the next two years. These measures will make it possible to leverage considerable advantages, primarily in IT infrastructure and customer service.

E.ON UK is also stepping up its ambitious cost-cutting efforts without losing sight of its customers. This is based on leaner, increasingly digital processes that also improve the customer experience. This year, E.ON UK defended its market position with innovative and attractive products. Since the middle of the year, E.ON UK has been supplying only green electricity and has since stabilized its customer base. These restructuring measures will involve an expense of £500 million. Taken together, E.ON expects its combined U.K. business to deliver at least £100 million in EBIT from 2022 onward and thus to generate positive free cash flow.