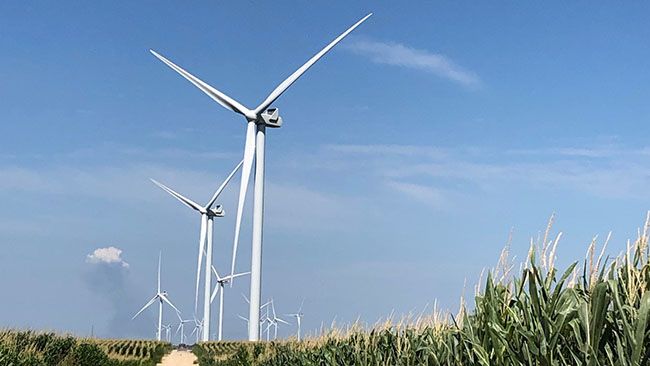 Once complete, the Frontier I and II facilities are set to generate a total of 550MW of wind energy, which is adequate to power approximately 193,000 households.

Duke Energy Renewables president Rob Caldwell said: “Frontier II will deliver clean energy for Oklahoma and significant economic benefits to the area. We’re pleased to be working with the Ball Corporation on the Frontier II project, which will be located in an area that has some of the best wind resources in the country.”

The construction of Frontier II is planned for later summer of 2019 and is expected to be fully operational by December 2020.

Nordex Group will supply 74 4.8-MW wind turbines for the project, while Amshore US Wind provided the development support and Wanzek Construction is the contractor.

Ball has signed a 15-year virtual power purchase agreement (VPPA) with the company for 161MW portion of the project’s capacity, while another major firm has signed a VPPA for a 160MW.

Ball Corporation chairman, president and CEO John A. Hayes said: “The renewable energy agreement with Duke Energy Renewables places Ball among the leading corporate buyers of renewable energy in our industry and the U.S., marking a critical moment in our sustainability journey.

“Utilizing renewable energy is an important lever to further enhance the sustainability credentials of our packaging and demonstrates our commitment to have the aluminium can recognized as the most sustainable package.”

Duke Energy is one of the top renewable energy providers in the US, with plans to own or purchase 8,000MW of wind, solar and biomass energy by 2020.