To be powered by more than 709,000 solar panels, the solar project will generate enough energy to power 40,000 Texan homes 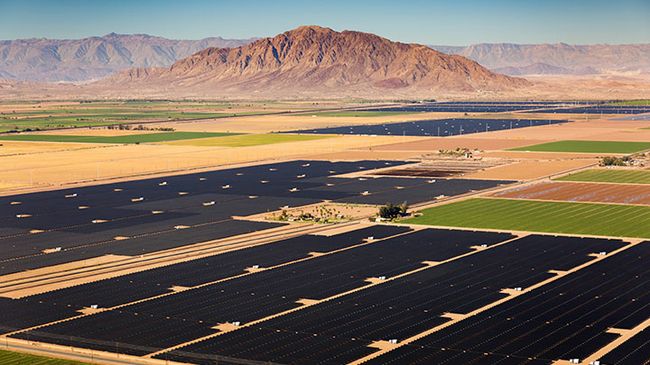 To be located in Nolan County, Texas, the Holstein solar project is claimed to be the largest in Duke Energy Renewables’ portfolio, once completed. It is also the company’s third solar generation facility in Texas.

Duke Energy Renewables president Rob Caldwell said: “We’re pleased to add another Texas project to our growing renewables portfolio. The state has some of the best solar resources in the nation, making it a cost-efficient way to meet the energy needs of Texans. Besides clean energy, the project will also bring significant economic benefits to the state.”

During the construction phase, the solar project is expected employ up to 400 workers. 8minute Solar Energy has the development of the project and brought the engineering, procurement and construction contract, operation and maintenance (O&M), hedge, tax equity and debt counterparties to the project.

To support construction of Holstein solar facility, CIT served as coordinating lead arranger in providing $204.5m (£164.5m) in debt financing for the project.

A significant part of the electricity generated from the Holstein solar project will be sold under a 12-year hedge agreement to J. Aron & Company, a subsidiary of Goldman Sachs.

8minute Solar Energy president and CEO Tom Buttgenbach said: “There is no question in our mind that solar PV will be the dominant form of energy in Texas in the near future. We’re proud to be working with Duke Energy and our other partners on this innovative project to deliver low-cost clean power to Texas’ residents and businesses.”

Blattner Energy has been selected for the project’s design, procurement of inverters, the balance of plant systems and construction of the project.

First Solar has been selected to provide O&M services for the project for five years, after the project has reached substantial completion.