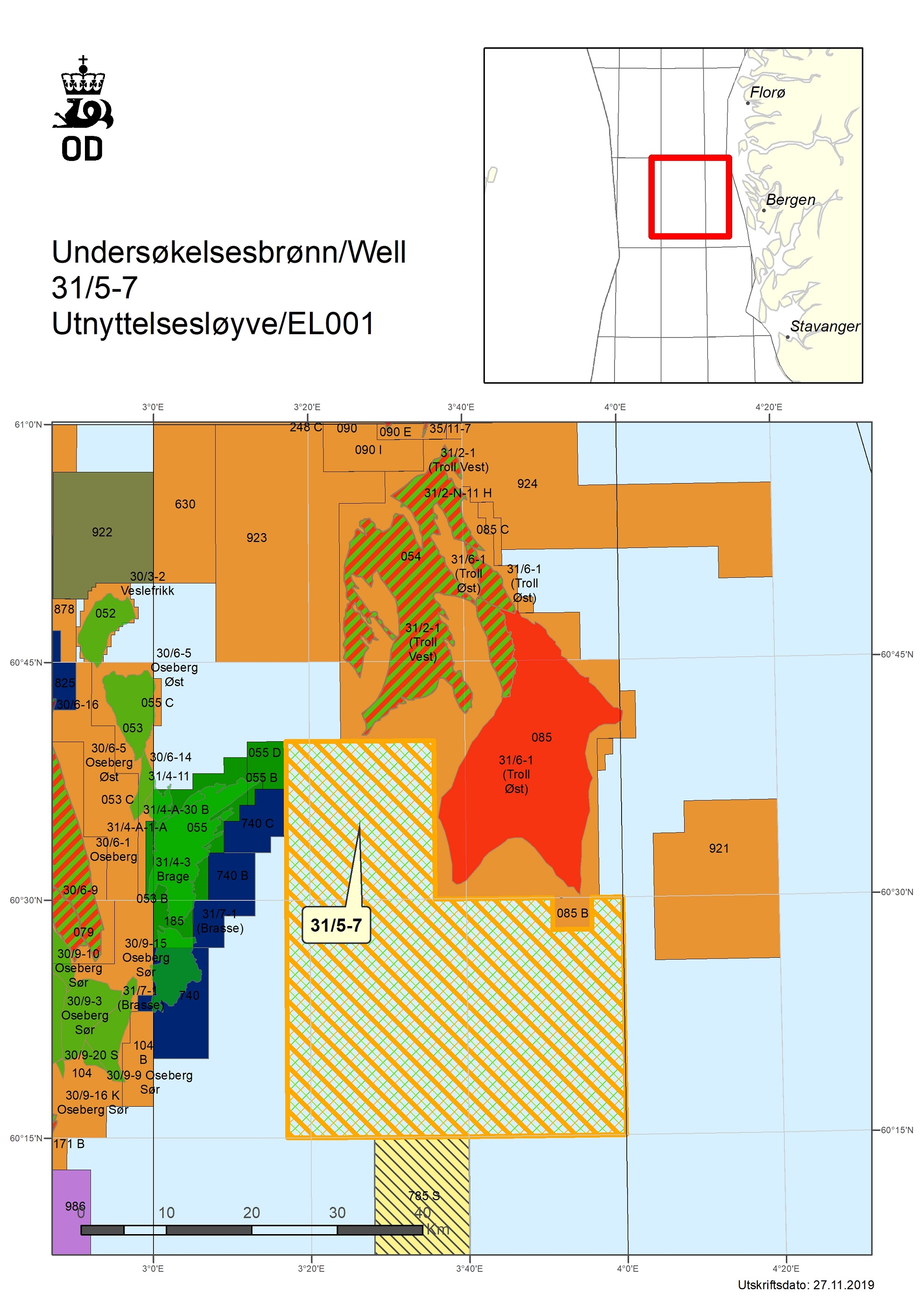 Image: The Norwegian Petroleum Directorate has granted Equinor Energy a drilling permit for well 31/5-7. Photo: courtesy of skeeze from Pixabay.

The Norwegian Petroleum Directorate has granted Equinor Energy AS a drilling permit for well 31/5-7, cf. Section 15 of the documentation relating to storage of CO2 on the shelf.

The drilling programme for well 31/5-7 relates to the drilling of wildcat wells in exploitation licence 001. Equinor Energy AS is the operator with an ownership interest of 100 per cent.

The area in this licence consists of parts of block 31/5. The well will be drilled about 17.5 kilometres southwest of Troll A.