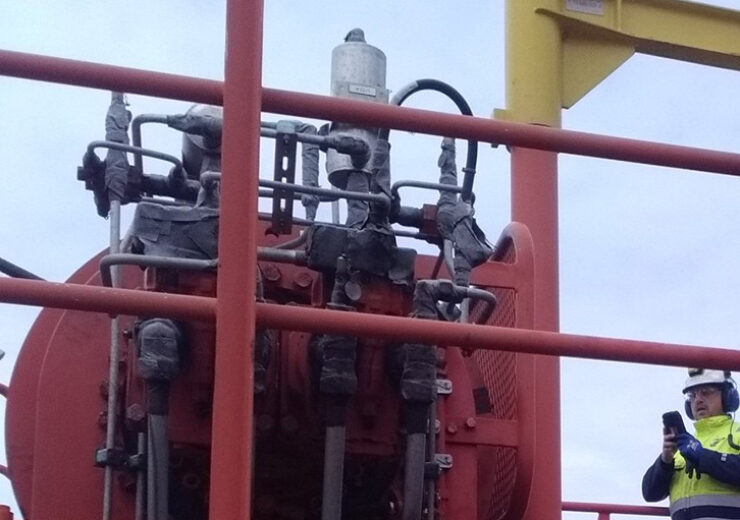 DNV GL led a pilot project with Aker BP to remotely perform inspections on three of their offshore cranes on the Norwegian Continental Shelf. In line with Aker BP’s strategy of minimizing its operational carbon footprint, DNV GL performed remote safety inspections of one box boom pedestal crane on the Valhall Flank West and two knuckle boom cranes on the Skarv field, both as part of annual surveys.

On both installations, crane operators and specialized crane technicians on board the platforms used tablets to take close-up video and pictures based on an agreed checklist of selected safety functions, which were shared with DNV GL’s onshore inspectors. On the Valhall Flank West platform, which is normally unmanned, the one-year old crane, manufactured by NOV, featured auto-testing of the AOPS (automatic overload protection system). It was the first time this was inspected along with the structural connections, critical hydraulic and electrical components, the MOPS (manual overload protections system), and brakes.

A similar inspection programme is being performed on two knuckle boom cranes on the FPSO located in the Skarv field. As Aker BP’s northernmost producing field, it boasts one of the worlds’ largest offshore gas processing plants.

Anchored in 350-450m water and 210km off the coast of Sandnessjøen, Norway the ongoing remote assistance pilot task will fully assess how to perform key safety critical tasks in a remote fashion without jeopardizing trust and safety for personnel and the asset in the process. Avoiding return travel to Brønnøysund and helicopter travel to Skarv are a few examples of cost saving contributions of this approach. As well as the online flexibility this approach gave Aker BP it also presented the ability to connect multiple DNV GL experts, who would otherwise have had to travel.

“As with physical inspections, communication and knowledge of the equipment or system in question is vital throughout the process between each party. With the use of readily available, live-feed technology such as smartphones, tablet computers and digital cameras, inspections are becoming quicker, more accessible, more cost-effective and have a positive impact on minimizing carbon emissions,” said Robert Anfinn Oftedal, head of section, cranes & lifting operations, DNV GL – Oil & Gas.

“The global pandemic has accelerated the onset of remote surveys in the industry and we are really beginning to realize the impact this technology can have in the long term. The ability for expert inspectors and surveyors located anywhere in the world to confidently ‘visit’ assets to verify quality and integrity in full compliance with company specifications or industry standards is very appealing to the oil and gas industry”, added Arve Johan Kalleklev, Regional Manager, Norway and Eurasia, DNV GL – Oil & Gas.

Responding to intensified demand for ‘virtual’ verification and certification services for topside and subsea equipment, DNV GL has undertaken more than 4,000 remote inspections for the oil and gas industry so far this year. This has included surveys such as a marine warranty survey of a barge and platform in Senegal and material certification of subsea equipment in China.

“Using an Automatic Test system with a digital interface significantly reduces risk compared to manual inspections via procedures. The next generation of cranes will be set up with continuous monitoring systems which enables us to move into a predictive maintenance regime. The remote inspection programs will then focus on verification of the entire systems”, says Svein Harald Hetland, Technical Authority Lifting, Aker BP ASA.

“Our operating model will use lessons learned from the pilot and scale the remote assist concept across our assets as we adapt to a new normal”, concludes Ine Dolve, SVP Operations & Asset Development, Aker BP ASA.