Featuring latest technologies, the project was completed in a record time of 27 months 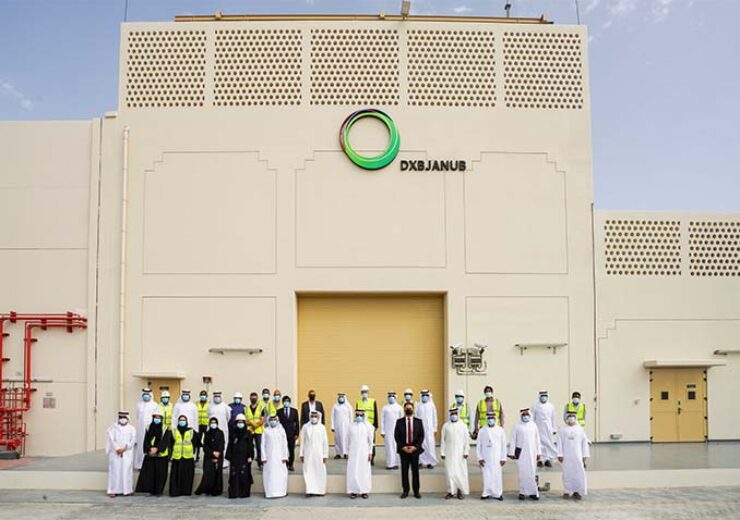 Officials from DEWA among others during the commissioning of 400/132kV substation. (Credit: Dubai Electricity and Water Authority)

HE Saeed Mohammed Al Tayer, MD & CEO of Dubai Electricity and Water Authority (DEWA) has commissioned a new 400/132 kV substation in Dubai South. It has a conversion capacity of 2020 megavolt-amperes (MVA) with 2.4 kilometres of 400kV overhead lines to connect with DEWA’s network.

The project, with a total cost of AED 336,507,376 was completed in a record time of 27 months. It included over 2.6 million safe working hours without injuries, despite the obstacles associated with the coronavirus epidemic during the final phases of the project. The latest technologies were used to follow work progress remotely according to the highest standards of safety and security to protect the health of all workers.

“We work in line with the vision and directives of His Highness Sheikh Mohammed bin Rashid Al Maktoum, Vice President and Prime Minister of the UAE and Ruler of Dubai, to provide an advanced and integrated infrastructure for electricity and water according to the highest standards of availability, reliability, efficiency, and safety. This meets the growing demand and keeps pace with the sustainable development needs of Dubai. Inaugurating the 400/132 kV substation in Dubai South is part of DEWA’s efforts to increase the capacity and efficiency of the power transmission network in the area and meet the requirements of customers, developers, and the business sector, as well as the demand requirements of the new 132 kV stations at Dubai World Central,” said HE Saeed Mohammed Al Tayer, MD & CEO of DEWA.

Al Tayer noted that the total value of DEWA’s power transmission network under construction exceeds AED 10 billion. He said that the substation in Dubai South was implemented according to the highest standards of quality, efficiency, and safety and uses the latest digital technologies. This supports DEWA’s efforts to enhance digital transformation in all its services and operations.

Hussein Lootah, Executive Vice President of Transmission Power at DEWA, said that the new substation increases the total number of 400/132 kV substations to 23, in addition to 4 new substations being built and 250 kilometres 400 kV overhead transmission lines at an estimated cost of AED 2 billion. DEWA is currently conducting the final testing of 11 new 132/11 kV substations costing up to AED 1.5 billion.

The UAE, represented by DEWA, has maintained its first global ranking for the 3rd consecutive year in Getting Electricity as per the World Bank’s Doing Business Report 2020, which measures the ease of doing business in 190 economies around the world. DEWA achieved 100% in all of the Getting Electricity indicators, including procedures; time; cost; and reliability of supply and transparency of tariff. Commercial and industrial customers can now get electricity connection up to 150kW within 5 days and in one step through Al Namoos, with security deposits and new connection charges waived. The UAE, represented by DEWA, has the shortest time in the world to get electricity according to the World Bank’s report.