To be located on the East Coast of the US, the Empire Wind offshore project, owned by Equinor and BP, comprises two phases namely Empire Wind I and Empire Wind II and is expected to generate clean energy to power more than one million households in New York 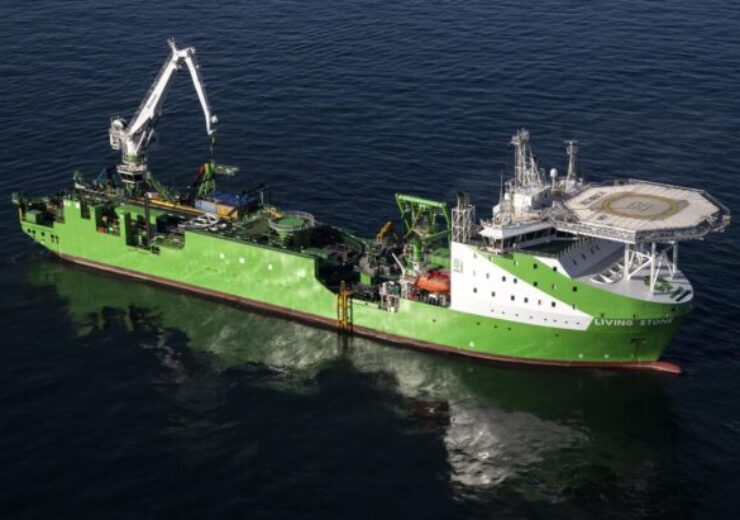 DEME to install inter-array cables for the Empire Wind offshore project in US. (Credit: DEME)

DEME Offshore US has secured a contract for the transportation and installation of inter-array cables for the 2.1GW Empire Wind offshore project to be located offshore New York State.

The contract has been awarded by Empire Offshore Wind, a 50-50 joint venture (JV) between Equinor and BP.

Under the contract, DEME will transport and install the inter-array cables that have a total length of more than 350km at the offshore wind facility.

The Empire Wind I facility is anticipated to generate 816MW of power, while Empire Wind II is expected to have a project capacity of 1.26GW.

Once operational, the offshore wind project is expected to generate clean energy to power more than one million households in New York.

DEME Offshore US president Sid Florey said: “We are very proud Equinor has awarded DEME Offshore US these two exceptional projects. DEME’s excellent track record and ability to successfully execute large-scale cable projects safely and efficiently, combined with our robust technical solution for the Empire Wind projects, are the key factors for our success with the award of this contract.”

The Empire Wind I and Empire Wind II farms will be operated by Equinor during the development, construction, and operations phases. The two offshore wind farms will feature a total of 138 V236-15MW wind turbine generators from Vestas, with each of them to have a capacity of 15MW.