The contract amount is 3682 billion won 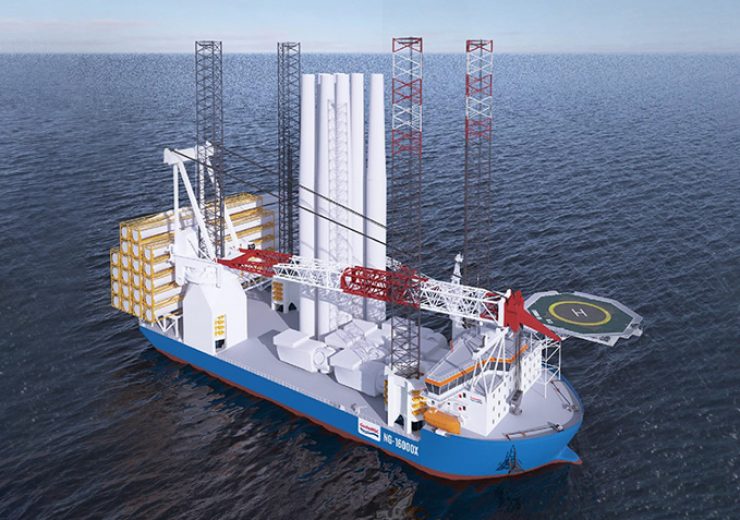 Daewoo Shipbuilding & Marine Engineering announced that it has won an order for a large offshore wind turbine installation vessel (WTIV) from Eneti Inc. of Monaco. The contract amount is 3682 billion won. The ship was built at the Okpo Shipyard of Daewoo Shipbuilding & Marine Engineering and is expected to be delivered in the third quarter of 2024.

The ship that was ordered this time is 148m long and 56m wide, and can carry and operate 5 large offshore wind power generators of 14~15MW at a time, and can install generators up to 65m deep. In addition, 7 thrusters and GPS systems are used to accurately position the installation point, lower the jack-up leg and fix it on the sea floor, and then install the offshore wind turbine with a 2,600-ton large crane.

The ship will be built with the ‘NG-16000X’ design recently developed by Dutch engineering company GustoMSC BV for large wind turbine installation ships.

As environmental issues such as global warming and fine dust emerge as major issues around the world, interest and investment in new and renewable energy is increasing.

An official from Daewoo Shipbuilding & Marine Engineering said, “We have won orders for large installations with a new design and preoccupied this market, which is expected to grow significantly.” “We expect to receive additional orders in the future as it includes an option contract for one additional vessel.”

Daewoo Shipbuilding & Marine Engineering has won a total of 25 vessels, including 11 ultra-large crude oil carriers, 9 ultra-large LPG carriers, 4 container ships, and 1 WTIV, worth about $25.4 billion this year, achieving about 33% of this year’s target of $7.7 billion.