Conic is a base metals company offering direct exposure to nickel and cobalt, both being critical to electric vehicles and energy storage systems 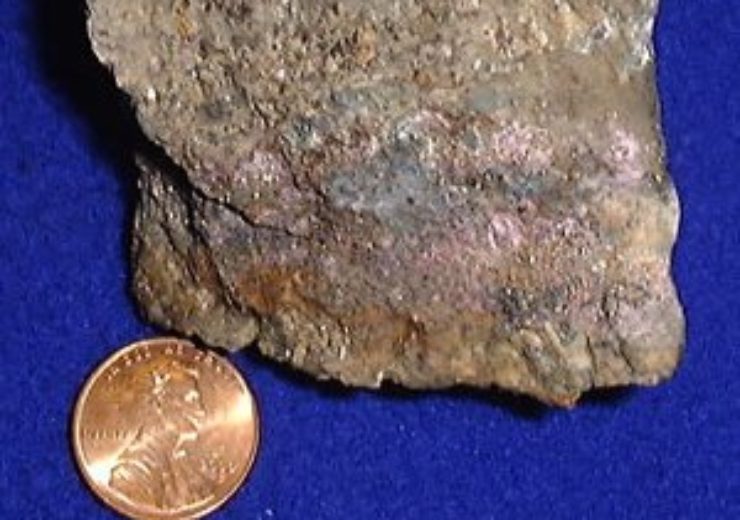 Image: An image of Cobalt ore. Photo: courtesy of Materialscientist/Saperaud~commonswiki

Conic Metals announced its creation as part of the completed plan of arrangement under the Business Corporations Act (British Columbia) (the “Arrangement”) between Cobalt 27 Capital Corp. (“Cobalt 27”) and Pala Investments Limited on October 25, 2019.

Conic is a base metals company offering direct exposure to nickel and cobalt, both being critical to electric vehicles (“EVs”) and energy storage systems. Pursuant to the Arrangement, Cobalt 27 has transferred certain assets to Conic, including the 8.56% joint-venture interest in Ramu, a low-cost, long-life, producing nickel-cobalt mine and integrated refinery; a royalty portfolio on future projects; and certain equity positions including equity in Giga Metals Corporation. Conic has 83,465,472 common shares outstanding with approximately 8% held by management and directors of Conic.

The TSX Venture Exchange (the “TSX-V”) has conditionally approved the listing of Conic common shares and it is anticipated that the Conic common shares will commence trading on the TSX-V in early November under the symbol “NKL” upon final acceptance of Conic’s Form 2B Listing Statement and subject to Conic fulfilling all of the requirements of the TSX-V.

As previously announced, the governance arrangements for Conic are as follows:

Justin Cochrane to serve as Chief Executive Officer;
Anthony Milewski to serve as Chairman of the Board of Directors; and
Board audit, compensation, nomination and governance committees to be comprised solely of independent directors.
The strategic vision of Conic is to be an EV-themed, low debt, multi-asset, multi-commodity, and multi-jurisdiction company. The initial asset portfolio of Conic reflects this strategic vision. In the near term, Conic’s strategic focus will be to bring forward free cash flow from Ramu and repay project-level partner debt, resulting in improved cash flow and a valuation rerating. The long-term strategic focus of Conic is to become a leading battery metals investment vehicle through opportunistic investments in nickel and cobalt.

Conic’s key asset is the 8.56% joint-venture interest in the high quality, producing Ramu nickel-cobalt mine and integrated refinery. Ramu consistently ranks in the 1st quartile of the global nickel cost curve1. In 2019, Ramu is forecasted to produce 34,000 tonnes of nickel and 3,300 tonnes of cobalt in the form of an intermediate nickel-cobalt hydroxide product which is highly sought after by battery and cathode producers. At current commodity prices of approximately US$7.60/lb of nickel and approximately US$18/lb of cobalt, the operation and Conic’s joint-venture interest is generating significant free cash flow which will be used to reduce the JV partner debt. The current balance of the partner debt is approximately US$114 million at the joint-venture level. This debt is non-recourse to Conic; under the current structure, Conic will pay down the debt with cash sweeps semi-annually.

Conic also holds a royalty portfolio on future projects, including the Turnagain royalty, one of the largest undeveloped nickel sulphide projects globally; a royalty on the shovel-ready Dumont nickel project in Canada; as well as royalties on the Flemington, Nyngan, Triangle, Rusty Lake, Professor & Waldman, North Canol, and Sunset properties. The Conic management team believes there is strong value potential as each of the diverse underlying projects advances in the future.