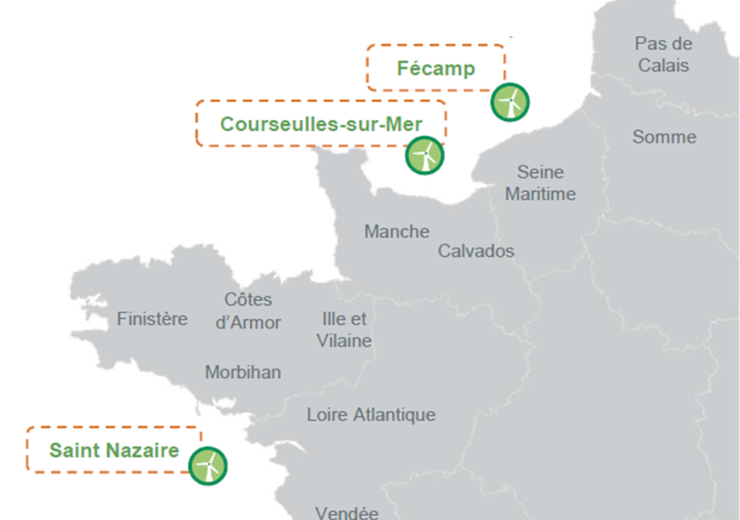 Canada Pension Plan Investment Board (CPP Investments) has signed an agreement with Enbridge to acquire 49% stake in the entity that holds Enbridge’s stake in the Éolien Maritime France.

All the three offshore wind projects are planned to have a total installed capacity of approximately 1.5GW.

The Saint-Nazaire project is already under construction

Under the agreement, CPP Investments will pay around €80m ($86.6m) for the 49% interest in the entity, with an additional follow-on investment of €120m ($130m) as the first project progresses through construction.

The firm said that it could also make further investment of more than €150m ($162.5m) on the remaining two offshore wind projects.

CPP Investments Power and Renewables head and managing director Bruce Hogg said: “France has established renewables as a cornerstone of its long-term energy plan and this partnership with Enbridge represents significant opportunities to invest in, and develop, flagship offshore wind projects across France, alongside France’s premier energy company, EDF Renewables.

“This investment will provide additional diversification to our existing portfolio of assets and deepen our access to future high-quality offshore wind development projects in Europe and Asia.”

Subject to customary regulatory approvals, the transaction is expected to be finalised in the fourth quarter of the year.

The firm said that the Saint-Nazaire project is already under construction, and the Fécamp and Courseulles-sur-Mer are well advanced in terms of development.

The commissioning of the wind projects is expected to take place in phases between 2022 and 2024.