Development of its 100%-owned Buriticá project in Antioquia, Colombia remains on schedule with mechanical completion of the mine anticipated prior to the end of Q1 2020 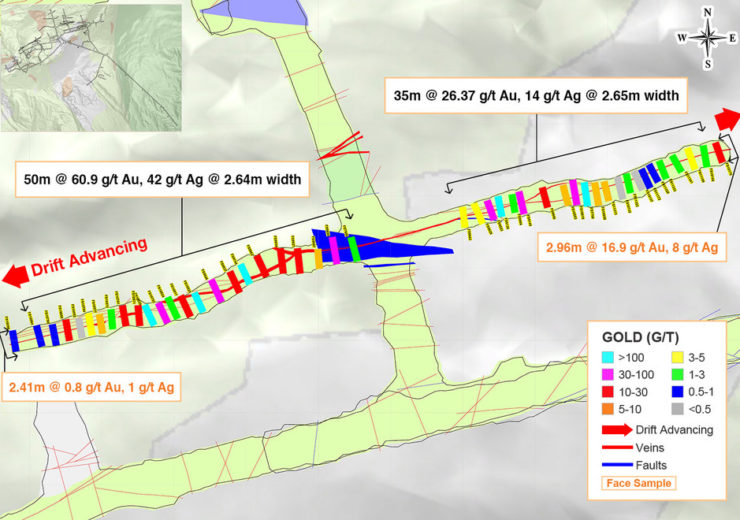 Continental Gold Inc. (TSX:CNL; OTCQX:CGOOF) (“Continental” or the “Company”) is pleased to announce that systematic channel sampling of underground development for the Buriticá project has resulted in the discovery of two high-grade veins in the Yaraguá system. Development of its 100%-owned Buriticá project in Antioquia, Colombia remains on schedule with mechanical completion of the mine anticipated prior to the end of Q1 2020. All sampling widths reported herein are horizontal metres.

The Athena vein was intersected at an elevation of 1,190 metres and is situated between the Murcielagos and San Antonio master vein packages in the central portion of the Yaraguá system. High-grade mineralization remains open along the vein and underground drift development advancing in both the west and east directions. The Athena vein will also be targeted by definition drilling at various elevations both above and below the Higabra tunnel elevation.

The Cassandra vein was intersected at an elevation of 1,175 metres within the San Antonio master vein package in the western portion of the Yaraguá system. This shallow dipping vein is one of a number of new veins that are being outlined through new underground development within this area. Previous exploration drilling was not orientated appropriately to identify veins with this geometry. Underground drift development continues to advance along the vein and additional results will be announced in due course.

“We are extremely enthusiastic with the discovery of bonanza-grade gold in the Athena and Cassandra veins. Importantly, both veins have already been developed along significant strike lengths and remain wide-open for expansion,” commented Ari Sussman, CEO. “Given that the Athena and Cassandra veins are located so close to our mining infrastructure in the Higabra valley, they will be sequenced into the early part of the production schedule with mining to begin as early as Q4 2020.”