Russian President Vladimir Putin and his Turkish counterpart Recep Tayyip Erdoğan have officially marked the start of construction of the $20bn Akkuyu nuclear power plant in the southern province of Mersin, Turkey. 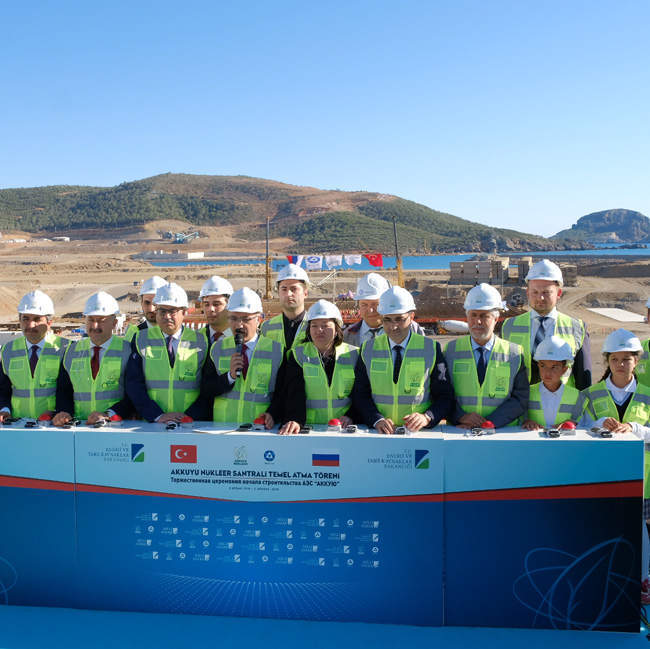 The 4.8GW power plant, which will be built by Russian state nuclear energy agency Rosatom, will comprise four VVER-1200 units each with 1,200MW capacity.

Construction of the project is implemented on the basis of the intergovernmental agreement signed between the Russian and Turkey in May 2010.

Said to be the country’s first of its kind, the nuclear power plant is expected to reduce Turkey’s energy imports dependency. The first unit of the power plant is planned to be commissioned in 2023, despite delays.

Putin was quoted by Russian news agency TASS as saying: “The most advanced engineering solutions, economically effective and reliable technologies, such technologies that we apply in Russia, will be used in the construction of the plant.”

Upon fully commissioning, the Akkuyu power plant is expected to generate about 35 billion kWh per year. It will have operational life of at least 60 years.

Erdogan said: “Commissioning of Akkuyu NPP in 2023 will make Turkey a member of the family of nuclear power countries. We will meet 10% of our demand in electricity owing to Akkuyu.”

The project, which will be 100% funded by the Russian side, will be at least 51% owned by Russian companies. The remaining 49% stake is planned to be sold to investors as per the intergovernmental agreement.

As part of 15-year power purchase agreement signed earlier, Turkish Electricity Trade and Contract Corporation (TETAS) agreed to purchase 70% of power generated from the first two units and 30% from the third and fourth units of the power plant.

The start of power plant construction follows a day after the Turkish Atomic Energy Authority (TAEK) granted a construction license to Rosatom to start work on the first unit of the Akkuyu power plant.