DEA Deutsche Erdoel has secured approval of its field development plan for the onshore Ogarrio oil field in Mexico from the country’s National Hydrocarbons Commission (CNH). 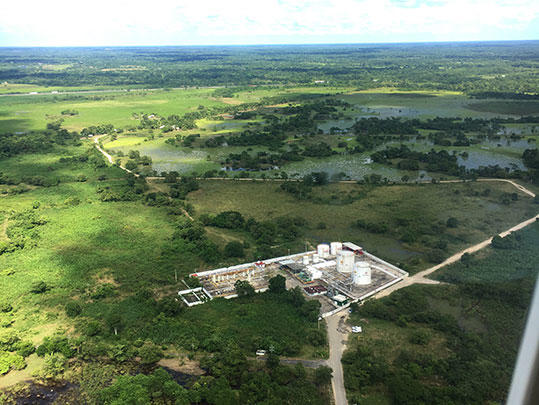 The Ogarrio oil field, which is located 107km west of Villahermosa in the Tabasco state, was discovered in 1957. The mature field had seen drilling of 527 wells on it, out of which more than 100 wells are currently in production.

As of March 2018, the production from the onshore field was reported to be 10,000 barrels of oil equivalent per day.

Through the new field development plan, DEA is looking to increase production and streamline operations of the onshore oil field.

DEA Mexican business country manager Juan Manuel Delgado said: “This approval is a major milestone for our operations in Mexico. Our plans demonstrate, that we take our mission seriously to actively participate in the further development of the Mexican oil and gas industry.”

The German oil and gas company will undertake an extensive workover campaign for the existing wells in addition to drilling ten new development wells in the first two years. The program will help the company and its partners to streamline the field performance and increase production.

DEA also intends to launch a pilot in a part of the Ogarrio field to demonstrate the technical feasibility of waterflooding as an option to further improve the recovery of oil in an economic manner.

The company will also take steps to maximize the utilization of the produced gas for sustainability matters.

DEA became the operator of the Ogarrio oil field last year following the signing of a licence contract with Pemex and CNH. The company has a stake of 50% in the onshore oil field and is partnered by Mexican national oil company Pemex, which holds the remaining stake of 50%.

In another development, DEA extended its concessions for the Ras Budran and Zeit Bay oil fields in the Gulf of Suez offshore Egypt. A new agreement, signed by the company in this regard, with the Egyptian Ministry of Petroleum, extends the concession for five years ending mid-2022.

The agreement also includes an optional extension of another five years up to 2027.