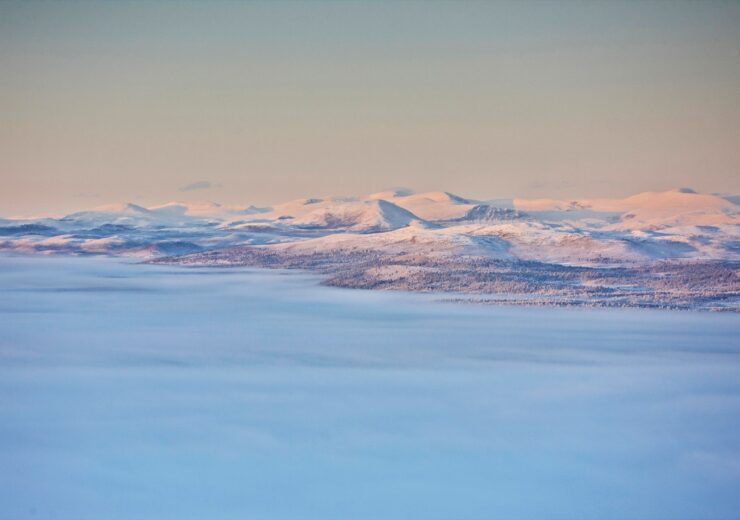 State-owned mining and mineral group LKAB will switch from producing iron ore pellets to producing carbon-free sponge iron using new, hydrogen-based technology. It will be the largest industrial initiative in modern times and when fully introduced it will create thousands of new jobs and cut annual carbon dioxide emissions by the company’s customers worldwide by 35 million tonnes, equivalent to two thirds of Sweden’s domestic greenhouse gas emissions. Fossil-free Sweden aims to clear away obstacles to this and other major industrial start-ups that are able to cement Sweden’s role as a permanent world exhibition for fossil-free technology.

Under the government fossil-free Sweden initiative, 22 industrial sectors have developed road maps that show how they can become fossil-free or climate-neutral while boosting their competitiveness. Based on this, Fossil-free Sweden now aims to identify and clear away obstacles for a number of upcoming industrial projects that will provide the greatest global climate benefit while also contributing to more jobs and greater welfare in Sweden.

The most talked-about examples so far are the HYBRIT development project in which SSAB, LKAB and Vattenfall are collaborating on a process to enable the reduction of steel from iron ore using hydrogen instead of carbon, and Northvolt, which will be Europe’s biggest battery factory with a focus on sustainability and recycling. Preem is also worth a mention; after backing out of an investment in the expansion of fossil capacity, it is now planning to develop biofuel refineries.

The industrial project we present here is on an even greater scale. LKAB’s newly adopted strategy represents the biggest Swedish industrial investment ever with annual investments of SEK 10 to 20 billion over 20 years.

The plan is based on a commercial assessment of the future market. By offering carbon-free products, LKAB can more than double its annual sales up until 2045, and have the ability to supply the world market with the essential carbon-free iron when the global economy transitions and begins building tomorrow’s railways, wind turbines, electric cars and industrial machinery.

LKAB’s own operations today give rise to four per cent of Sweden’s total industrial emissions. But LKAB is part of a global iron and steel industry where the value chain from mining to industrial steel makes it the sector that emits the most CO2 and which accounts for more than a quarter of global industrial emissions and 7 percent of  the world’s total CO2 emissions.

As LKAB begins the largest transformation in its 130-year history, its technology and iron and steel production processes will be fundamentally changed, providing two or three thousand new jobs every year in Kiruna and Gällivare during the 20-year construction process.

This is a technology shift where the really great impacts are generated by the contribution new technology makes toward changing the global value chain for iron and steel production. The Group’s entire production will shift from iron ore pellets and be replaced by a hydrogen-based process similar to that currently under development with HYBRIT. The result is carbon-free sponge iron.  When this is exported, LKAB’s annual contribution to the reduction of emissions by its customers in the Swedish and international steel industry will be 35 million tonnes. This corresponds to two thirds of Sweden’s total territorial CO2 emissions, or three times the emissions from all private cars in the country.

The transformation that LKAB and other industries are now initiating is a consequence of the accumulated innovative pressure that has arisen now that the world has to shift towards limiting climate change.

These forces create a need for new thinking, innovation and often major investments that must be profitable over time.

Today’s need for profound structural change gains strength from a long tradition of interaction between base industries and manufacturing industries that has contributed to, and shaped, the emergence of the modern welfare state. LKAB is collaborating with companies such as SSAB, Vattenfall, Sandvik, ABB, Combitech, Epiroc and a number of other industry leaders to develop the technology that will enable the transition to fossil-free, autonomous mines.

In addition to major investments and technological development, the common objective will require a new, better interplay between industry, politics and other forces for good. The list of issues that must be resolved is long, but some of the principle items are:

Effective, legally secure and rapid licensing processes to enable new and essential climate-efficient investments and prevent their long-term postponement. It should be possible to shorten licensing processes by more than half provided all parties involved, including the industry itself, make their own part in the process more efficient.

Investments in R&D and innovation support to base industries with a clear focus on fossil-free technology development and hydrogen.

Today’s regulatory framework is too fragmented and suited to a time when change took place step-by-step and slowly.

Despite the fact that the intent, resources and technology are all in place, there is a clear and present risk that important, major changes will bog down in extended, complex testing processes where regulations and legislation do not distinguish between local and global impact.

A broad consensus in the Swedish Parliament and between various players in society is essential if we are to achieve success with these major, long-term changes. The Swedish tradition of broad cooperation provides unique conditions for developing the world’s first fossil-free welfare state.