Rattlesnake Flat wind farm is expected to supply power to cater to 38,000 homes every year 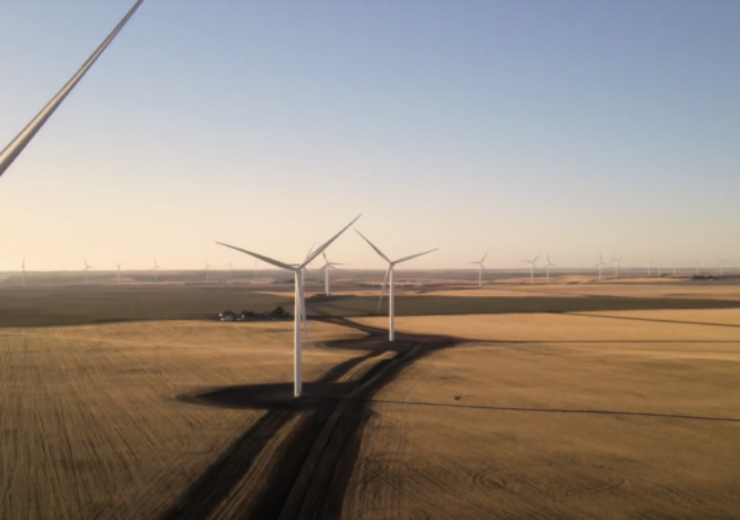 The farm features 57 wind turbines, which are interconnected to the transmission grid of Avista. (Credit: Clearway Energy Group LLC.)

The construction of the farm, which features 57 wind turbines, began in April this year.

The turbines are interconnected to the transmission grid of Avista, which has a 20-year power purchase agreement (PPA) with Clearway.

Clearway Energy Group CEO Craig Cornelius said: “Clearway is tremendously proud to complete our first wind project in Washington and to contribute to the state’s goal of achieving 100% carbon-free electricity by 2045.”

“Rattlesnake Flat wind farm is an investment in clean, affordable power, jobs in the local economy, and the Evergreen State’s ongoing commitment to addressing climate change. We’re grateful for Avista’s partnership and for trusting Clearway to deliver reliable and low-cost power to their customers for decades to come.”

Rattlesnake Flat wind farm is expected to generate power enough to supply to 38,000 homes every year, said the company.

The wind farm, during its construction phase, had created approximately 250 jobs.

The project, which has added 10 jobs for its maintenance and operation, so far has invested $12m into the local economy, and will further invest $350,000 every year during its operations.

The wind farm is expected to contribute $1.5m in property tax revenue in the first year of its operation, and an average of around $700,000 annually for the next 30 years.

The construction of the project was led by Blattner Energy.

Over 3GW of wind capacity is installed across Washington state.

According to the American Wind Energy Association, the wind industry contributes more than $22.5m in annual state and local taxes besides providing employment to around 2,000 people in the state.