The City of San Leandro in California has switched all of its municipal vehicles from using petroleum diesel to Neste’s MY Renewable Diesel. 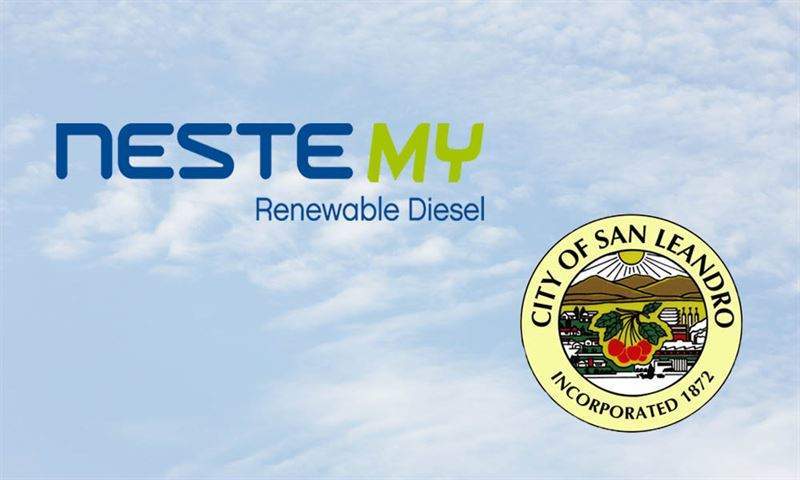 Neste MY Renewable Diesel is a low-carbon diesel fuel produced from 100% renewable raw materials. This premium diesel cuts  greenhouse gas emissions by up to 80% and enables reductions in engine-out emissions, all while enhancing fleet performance. Unlike biodiesel, Neste MY Renewable Diesel is a drop-in fuel that requires no blending, and is compatible with all diesel engines.

City of San Leandro public works manager Debbie Pollart said: “This was one easy change that we could make ourselves.

“Municipal operations need to be the leader in shifting the mindset of residents and businesses that reducing greenhouse gas emissions is a worthy effort that involves everyone.”

San Leandro operates approximately 160 vehicles. The city decided to make the switch as part of the city’s Climate Action Plan, which aims to reduce greenhouse gas emissions by 25% below 2005 levels by the year 2020.

Neste US sales vice president Jeremy Baines said: “We are very excited to add San Leandro to the list of progressive-minded California cities switching to Neste MY Renewable Diesel.

“I am confident that this decision will pay dividends in both fleet performance and help the City of San Leandro meet its greenhouse gas emission targets.”

Western States Oil, based in San Jose, California, is the exclusive distributor of Neste MY Renewable Diesel to the City of San Leandro.