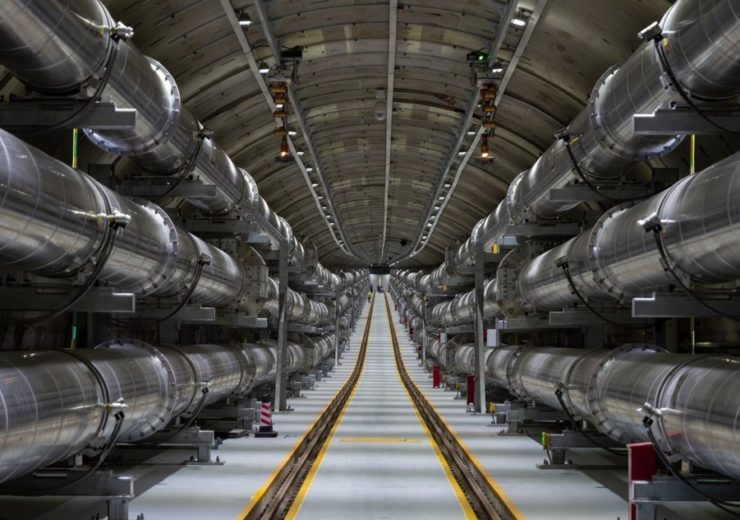 The project linking the cities of Suzhou and Nangtong in Jiangsu Province has been constructed by a subsidiary of State Grid.

The utility tunnel possesses the world’s highest voltage, largest power transmission capacity as well as the longest distance over the most complex landscapes and marks UHV line’s first cross through river tunnels in the world.

The project, which adopts 1,000KV GIL technology, making a technical innovation in the UHV power transmission field, has a single-phase GIL of 5.8km, while six-phase GIL totals 35km.

GIL is becoming important due to its less landscape impact and minimal electromagnetic radiation in addition to being a safer and flexible alternative to overhead lines.

Additionally, with the power grid being more and more fed with fluctuating renewable energy sources under global green drive and due to the fact that most generation is remote from the load centres, it has become essential to reinforce and innovate transmission network.

However, the creation of such a vast electrical system demands meticulous attention to details, and innovation is embedded at the core to fill industry blanks with unprecedented attempts. The GIL project provides reference for world energy connectivity and energy tunnel construction intervened by mountain and ocean scenarios by staging 129 inventions and utility model patents, 18 technical standards as well as self-developed installation and engineering specifications.

The GIL project also pilots application of ubiquitous power Internet of Things (IoT) to establish a control system that is flexible, functional and intelligent and is expected to realise equipment diagnosis automation and personnel intelligent control to further ensure safe operation.

State Grid Corporation of China serves a population of over 1.1 billion across the globe with its power service.