Fengxi New City has actively explored the green growth path. In 2015, it was chosen as one of the pilot cities for the Sponge City project 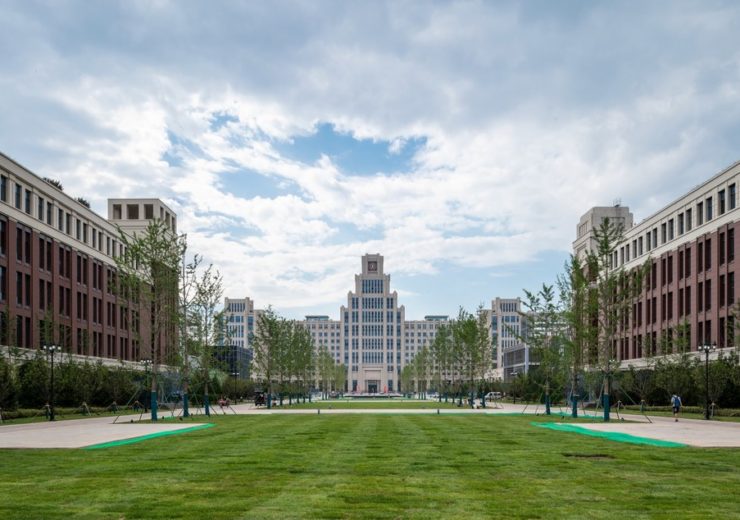 Recently, China’s largest non-interference geothermal heating system has been
activated at the Western China Science & Technology Innovation Harbor in Fengxi New City, Xixian New Area, Shaanxi Province, according to the Party Committee of Fengxi New City. Six of these integrated energy supply stations will be providing heating, cooling and hot water for buildings totalling 1.59 million square meters so as to meet the energy needs of Xi’an Jiaotong University’s 25,000 researchers and 10,000 faculty members in the Innovation Harbor.

The project, compared with conventional coal-fired boilers, turning to this technology for heating can, in one heating period during a year, reduces carbon dioxide emissions by 68,000 tons and other emissions such as sulfur dioxide and nitrogen oxide by 850 tons, which is equivalent to 25,400 tons of standard coal.

The first to explore the large-scale application of this new technology in China, Fengxi New City has been piloting it in several areas, e.g. Tongde Jiayuan Community and Headquarters Econ Park, since 2015 to date, the scale of completed applications combined with work-in-progress is 10 million square meters. A state-owned enterprise of Fengxi New City, the Fengxi Energy Company’s technology research and development team accounts for more than 60% of its total workforce and has secured more than 10 patents. It has the capacity to serve the full life cycle from planning and design to construction and operation, and has become a pioneer in promoting the energy consumption revolution.

Since the commencement of construction, Fengxi New City has actively explored the green growth path. In 2015, it was chosen as one of the pilot cities for the Sponge City project. Up until the present time, some 2.4 million square meters of sponge park, more than 80 kilometers of sponge roads, almost 2 million square meters of green park space, and a four-level rainwater harvesting and utilization system have been built. It has ultimately realized the vision of no waterlogging in heavy rain, no ponding in light rain, absence of black and odorous water bodies, reduced heat-island effect and the average groundwater level has risen by 3.43 meters. A typical response of the Chinese government to climate change, it was showcased at the United Nations Climate Change Conference in Paris.

“We are integrating advanced energy technologies such as deep geothermal energy, ground source heat pumps, solar energy, wind energy, ice storage and other sources. With the new generation of information technologies, we will provide energy services to schools, hospitals, residential communities, commercial complexes and science parks; we will establish the Regional Internet of Energy in an endeavor to provide smart energy services; and we will create green and low-carbon urban areas,” said Liu Yubin, Member of the Party Working Committee of Xixian New Area, Secretary of the Party Committee of Fengxi New City and Director of the Management Committee.