Completion of the first EPR and AP1000 reactors in China marks a major milestone, but, as Steve Kidd of East Cliff Consulting explains, the nation’s ambitious nuclear expansion programme is no longer on track. 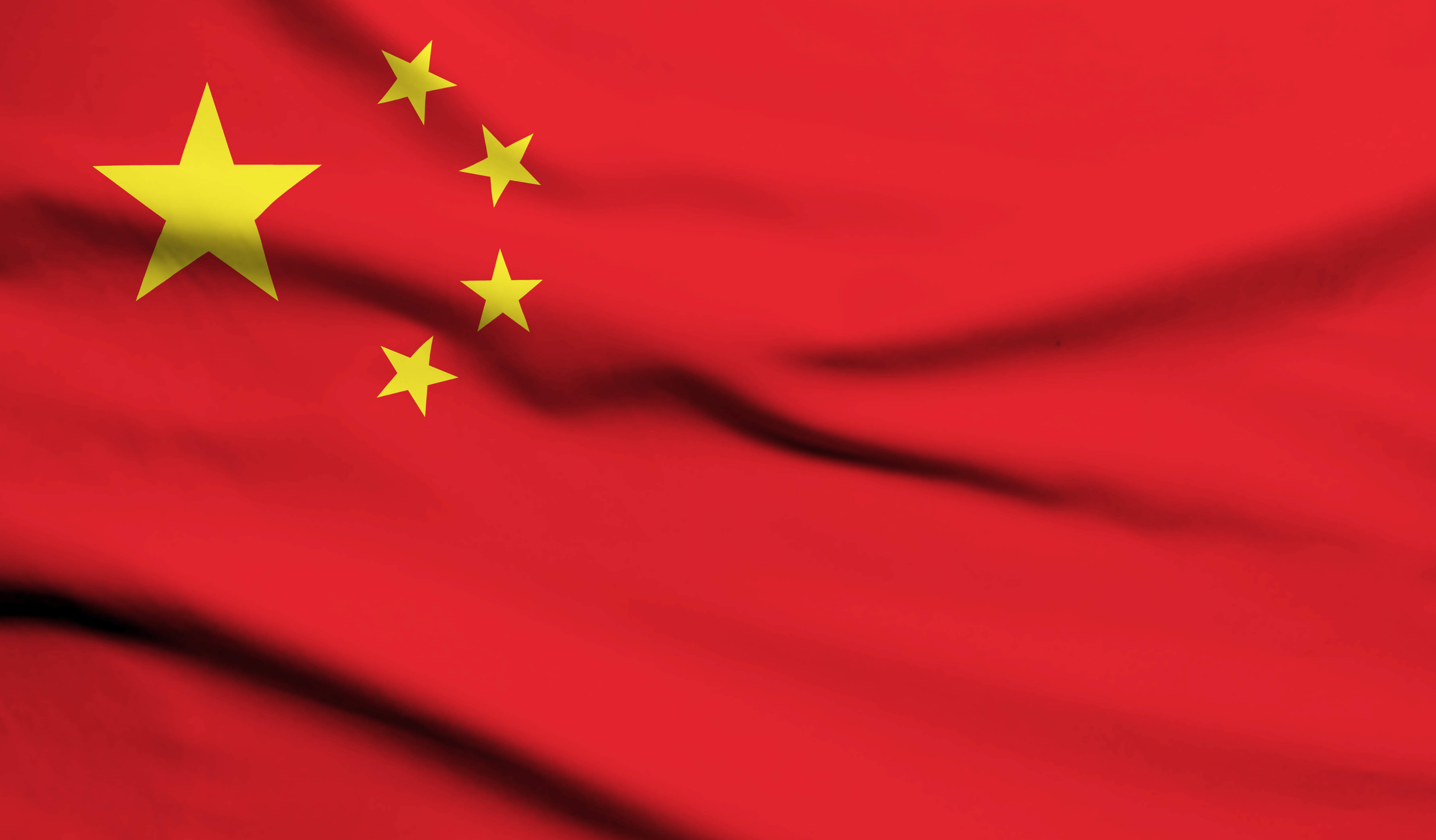 Many of the negative factors which have affected nuclear programmes elsewhere in the world are now also equally applicable in China. Despite many new reactors starting up, it is clear that the programme has continued to slow.

The most obvious sign of this is the lack of approvals for new construction starts. There have been no new approvals for approaching three years, so the number of reactors under construction has been falling sharply. Other indications of trouble are:

Over-supply and the AP1000 reactor

Start-ups of two imported Gen III reactor designs (Westinghouse AP1000 and the Areva EPR) are now happening at last, but the delays no doubt concerned the regulatory authorities. The problems with the AP1000 (at Sanmen and Haiyang) are the more serious, as this reactor was destined for most of the future sites in China. Although the units at both sites are now ready to enter commercial operation, this is unlikely to bring forward a flood of new approvals. China has suffered a severe dent in its confidence in the AP1000, not helped by Westinghouse’s US bankruptcy. The authorities now no doubt wish to see clear evidence of successful operation before authorising more units. There may be further reactors at the two existing sites, but there are many others that have been “ready to go” for several years now.

Another important reason for the slowdown relates to the size of nuclear programme China needs. Problems of power over-supply in particular regions are now pressing and connected to the continued construction of coal generating stations and the rapid expansion of wind and solar power. There are important questions to be resolved about how many reactors are needed to satisfy power demand and the price that can be paid for their electricity. Nevertheless, most of the Chinese nuclear companies want to build lots of new units and feel they are being held back by the authorities. The rapid expansion of wind and solar generating capacity has reminded the planners that there are alternative means of achieving environmental goals, while the Chinese hydroelectric programme is still enormous.

The shadow of Fukushima

The Fukushima accident still casts a significant shadow over the nuclear sector in China and regulators are clearly very cautious about having a big nuclear programme. Ultimately one person at the top of the regulatory authority has to take responsibility for safety and having 100 reactors in operation is far more burdensome than 20 or 40. South Korea’s apparent turning away from nuclear and the tardiness of Japanese reactor restarts are also unhelpful in inspiring confidence in the region.

China’s nuclear programme is now much harder to assess. The picture up to 2020 is fairly certain, as units under construction come into operation). The 58GW capacity target by end-2020 will be missed by perhaps 5GW, but more serious is another goal – having 30GW under construction by then. This would imply a programme of six reactors a year up to 2025, a similar level to 2015-2020. Almost all will have to be approved before the end of 2020. On recent trends, this looks unlikely and so it may be prudent to assume a programme of only 3-4 units per year beyond 2020. This means nuclear generating capacity of only 90GW or so by 2030, well below previous expectations. Beyond then it is difficult to judge, but the chance of China having a huge nuclear programme by 2050, perhaps consisting of 200-400 reactors, is much less than a few years ago. Estimates that China may move ahead of the USA in nuclear generating capacity by the mid or late 2020s now look wide of the mark. Even if 10-20 US units do eventually shut down by 2030, it could happen after then.

The dent in confidence surrounding the imported Gen III designs has been overcome, to some extent, by China’s development of the Hualong reactor, which satisfies the regulators’ insistence that all approved designs are at the Gen III level. Four units are now under construction in China (plus two in Pakistan). The two units being built by CNNC at Fuqing are on schedule to go online in 2020-2021, but CGN’s pair at Fangchenggang are apparently unlikely before 2021-2022. Whether Hualongs will replace AP1000s at any of its sites in China remains to be seen.

Big questions surround the CAP1400, the larger version of the AP1000, which China has developed, and the extent of the programme for high-temperature gas-cooled reactors (HTGRs) and small modular reactors (SMRs).

Approval of construction of the initial CAP1400s has been long-delayed and surely still awaits the regulator’s satisfaction with the AP1000. It appears that the HTGRs and SMRs will remain as marginal components of the main Chinese nuclear programme, but may offer useful additional export opportunities. The economics of the HTGRs are apparently questionable versus large LWRs, while there are lots of SMR designs around the world without anyone committing to build them.

Perhaps surprisingly, a big issue today affecting the Chinese nuclear programme is its economic viability. With nuclear power only currently representing 3-4% of China’s electricity supply, one would think that there is still plenty of room for dramatic growth. However, the slowing of the Chinese economy and the switch to less energy-intensive activities, together with over-investment in power generation capacity, means that there is now more than can be carried in the grids in some provinces. It cannot therefore be assumed that new nuclear units will run at the 80-90% capacity factors necessary to pay back the funds invested in their construction.

Tariffs that producers receive when they sell power to the grid are also under threat. The central government wishes to liberalise the Chinese power sector and make it more responsive to economic criteria and this may not help nuclear. The rising costs of building Gen III units are also a factor. Reactors may have to load-follow, which is not ideal in the technical or economic sense. Nuclear has to compete against other generation options.

Although the Chinese government claims it is trying to get large state-owned enterprises (SOEs) to operate in more competitive ways, political necessity often trumps economics. Despite enforced closure of many dirty coal generating power stations, there are many new, cleaner ones coming online and wind and solar additions also dwarf the nuclear expansion. Economic and environmental logic would suggest that older coal-generating plants should be shut down more quickly, but this is difficult where unemployment is a big issue and jobs will disappear. The government is under significant pressure from powerful lobby groups promoting different technologies. Wind and solar power producers have arguably been hit even more severely by over-supply of power in some markets and operators are taking legal action to ensure that their power gets taken up.

Another factor which is adding to uncertainty about China’s nuclear future is the structure of the industry. The Chinese government has made it clear that it wishes to cut the number of large SOEs by instigating mergers. Within China, the large SOEs that dominate all industrial sectors tend to over-produce in an attempt to get bigger and stronger to protect themselves. Size is believed to matter, so too much steel, cement and other basic materials get produced. Electricity is no different.

Within nuclear, there are three SOEs that are authorised to operate nuclear plants: CNNC, CGN and SPI (formed by the merger of CPI and SNPTC in 2016). Four other large (mainly coal fired) power companies hold minority stakes in nuclear plants (Huaneng, Datang, Huadian and Guodian) and it was expected that these would all eventually progress to take majority ownership of future nuclear plants and be accepted as operators. This now looks much less likely as mergers are being suggested amongst all of these companies, coal companies, construction and engineering SOEs and even hydropower majors such as the Three Gorges company. It’s difficult to judge where all of this will end, but it seems increasingly unlikely that CNNC and CGN will maintain their independence. Indeed, a merger between the two has been suggested, despite possible political difficulties with CGN’s strong power base in Guangdong Province.

So far as profitability can be measured with Chinese power sector SOEs, it has declined sharply in recent years with the extent of market over-supply.

Many people used to believe that because China is a centrally-planned economy with a strong one-party government, public opinion did not matter much and any opposition to nuclear could be easily overcome. Nothing could be further from the truth. Public opinion matters a great deal in China and politicians fight shy of any issue that could inflame public opinion in any way. The last thing the Chinese government wants is people protesting on the streets – and this has already happened with two proposed fuel cycle plants. Both were quickly cancelled.

One particular public acceptance problem is inland sites for nuclear plants. Having imposed a moratorium on these for now (in fact to slow the nuclear programme down), the government has made a huge problem for itself by giving the impression that these sites are “second best” and maybe not as safe as the coastal sites (where all current Chinese reactors are located).

The threat in China is that nuclear may become no more than a niche, bridging technology, as a route to something better in the future.

Steve Kidd is an independent nuclear consultant and economist with East Cliff Consulting.