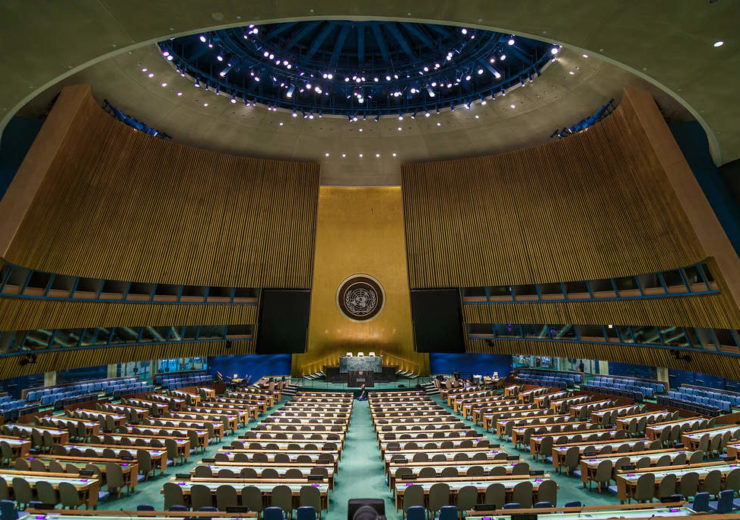 A coalition of 65 countries from all around the world aims to reach net zero emissions by 2050, representatives from the group’s leader Chile announced at the UN Climate Summit in New York on 23 September.

The country, which is due to host further international climate talks in December, also confirmed the arrival of companies such as Ikea, Nestle, Unilever and Iberdrola to the Climate Ambition Alliance, which already includes the likes of Allianz and Swiss Re.

The ultimate goal is to mobilise both the public and private sectors in a bid to help the international community limit the rise in global temperatures to 1.5C by 2050, as per the targets set out in 2015’s Paris Agreement.

Chilean president Sebastián Piñera said: “2020 is just around the corner and we must realize that decisions need to be made now.

“We are the first generation to suffer the effects of climate change and the last one that can do something about it.”

In a statement at the Climate Summit, UN Secretary-General António Guterres said: “The best science, according to the Intergovernmental Panel on Climate Change, tells us that any temperature rise above 1.5C will lead to major and irreversible damage to the ecosystems that support us.

“Science tells us that on our current path, we face at least 3C of global heating by the end of the century — the climate emergency is a race we are losing, but it is a race we can win.

“This is not a climate talk summit. We have had enough talk”

Another group of almost 90 firms across roughly 30 industries has also committed to curbing their emissions output in a bid to limit the global rise in temperatures to no more than 1.5C.

Collectively worth more than $2tn and representing about 4.2 million employees, they make up the We Mean Business coalition, which was launched in June with a call to action by the UN and global public and private sectors.

Members of the group tacitly commit to adjusting their operations in order to limit the amount of emissions they produce, subject to the 1.5C target as well as a bid to reach net-zero emissions by no later than 2050.

The announcement comes ahead of the UN’s 23 September Climate Summit in New York, held by UN Secretary-General António Guterres.

He said in a statement: “It is encouraging to see many first-movers in the private sector align with civil society and ambitious Governments by stepping up in support of a 1.5C future.

“Now we need many more companies to join the movement, sending a clear signal that markets are shifting.”

Lise Kingo, CEO and executive director of the UN division Global Compact, added: “These bold companies are leading the way towards a positive tipping point where 1.5C-aligned corporate strategies are the new normal for businesses and their supply chains around the world.

“This is the type of transformative change we need to deliver on the Sustainable Development Goals for both people and planet.”