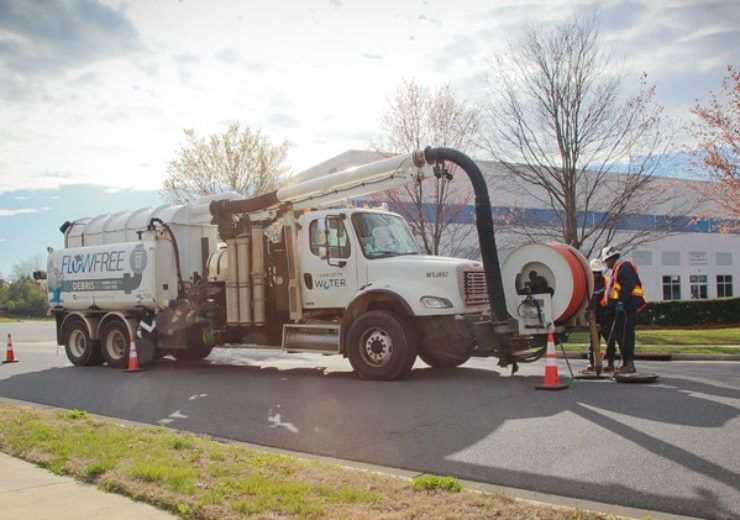 Charlotte Water, the largest public water and wastewater utility in the Southeast, is expanding its commitment to environmental sustainability with a pilot project to run dozens of its vehicles on cleaner-burning renewable diesel produced by Renewable Energy Group (REG).

Thirty-four diesel vehicles in the Charlotte Water fleet began running on REG renewable diesel in May. In the first three months, they reduced greenhouse gas emissions by approximately 75 tons, which is equivalent to the greenhouse gas emissions of an average passenger vehicle that has driven over 183,000 miles. Over the course of a year, that would calculate to 300 tons, or the equivalent of over 732,000 miles driven.

“As a public utility, we believe we have an obligation to protect the environment,” said Kathy Gibson, Fleet Manager, Charlotte Water. “Fueling diesel vehicles with 100 percent renewable diesel instead of petroleum diesel is a way to promote sustainability in the communities we serve, and the results have been very encouraging.”

The renewable diesel-fueled vehicles have also performed well, and no equipment modifications were needed for them to run on the renewable fuel.

Renewable diesel is an alternative to traditional diesel fuel that is made from renewable resources and helps users lower greenhouse gas and other emissions. Compared with ultra-low sulfur diesel, renewable diesel reduces particulate matter by nearly 40 percent, carbon monoxide by 25 percent, nitrogen oxides by 15 percent and total hydrocarbons by over 10 percent.

Charlotte Water, which serves over 1 million customers in the city of Charlotte and greater Mecklenburg County in North Carolina, is using renewable diesel produced by Renewable Energy Group. Based in Ames, Iowa, REG is an international company that produces and distributes cleaner-burning fuels like renewable diesel and biodiesel that help customers reduce their emissions while keeping fleet performance strong.

“We’re thrilled with the environmental and performance results Charlotte Water has seen so far and are confident Charlotte Water and their customers will continue to benefit from renewable diesel,” said Gary Haer, Vice President, Sales & Marketing at REG. “With transportation being the largest source of carbon dioxide emissions in the U.S., we are proud of the role we are playing in reducing air pollution in the Charlotte area, nationwide and around the world.”

Charlotte Water’s pilot project is expected to last approximately six months. It will be evaluated before a decision is made on whether to continue or even expand the fleet’s use of renewable diesel.