The company wins 75% interest and operatorship of the licence, while the remaining stake will be owed by the Office National des Hydrocarbures et des Mines 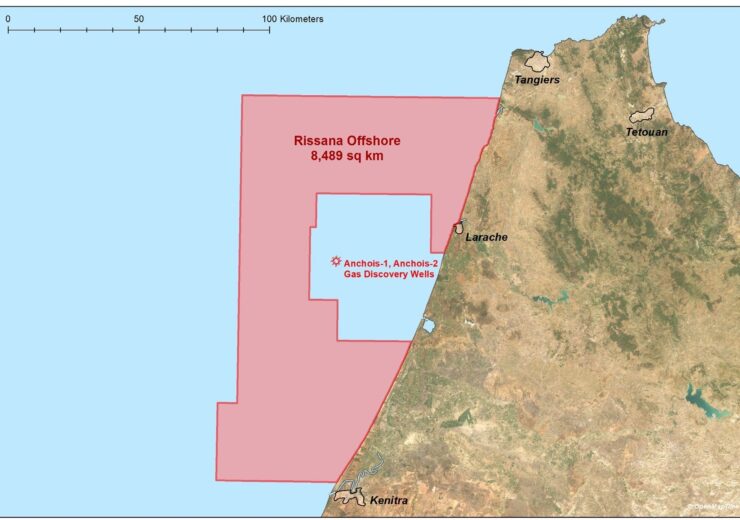 The company has secured the licence in partnership with the Office National des Hydrocarbures et des Mines (ONHYM), which will hold the remaining stake of 25%.

Chariot has won a 75% interest and operatorship of the licence, which covers around 8,489km2 area. Rissana area is located close to the company’s existing Lixus offshore licence (Lixus).

Earlier this year, the company has announced the conclusion of successful drilling operations at the Anchois field, including significant new gas discoveries, in the Lixus licence area.

“ONHYM and Chariot recently conducted a highly successful drilling campaign in Morocco and we hope that we will be able to have similar success on Rissana.”

The new licence is expected to complement the company’s Anchois gas discovery and restore the potential areas of the previous Mohammedia Offshore area.

According to the company, initial minimum licence commitment includes the acquisition of a 2D seismic survey, which is expected to help in assessing the potential of the gas plays across Rissana.

Chariot Oil & Gas acting CEO Adonis Pouroulis said: “As we demonstrated with our recent successful drilling campaign at Anchois, this is a highly prospective basin and, along with the Lixus Offshore Licence, the award of Rissana ensures that we have captured the exploration upsides in this exciting play.

“In parallel with the development plans on the Anchois gas field, we aim to maximise value from the exploration upsides in what we believe is a low risk and high value opportunity.”

In September last year, Chariot has teamed up with the Government of Mauritania for the potential development of a large-scale green hydrogen project.