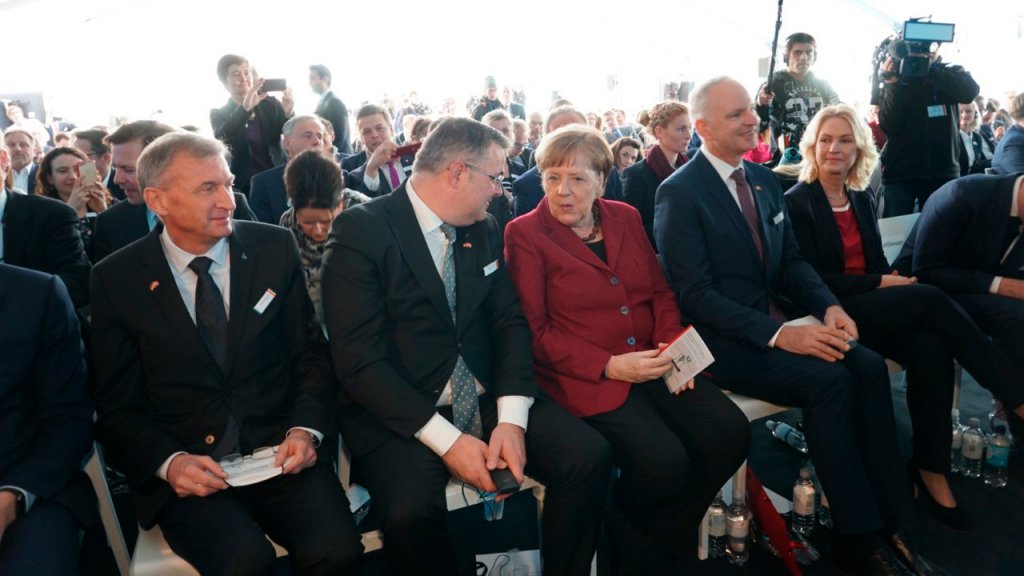 Located 35km northeast of the island of Rügen, the Arkona offshore wind farm generates enough clean electricity to power nearly 400,000 households and was built with an investment of about €1.2bn. Annually, the wind farm is expected to offset up to 1.2 million tons of CO2 emissions, had the electricity been generated conventionally.

Merkel: “Arkona sets a standard for the transition of the energy system. We will discuss how we achieve the climate goals. It is not sufficient to convert energy production. We see great potential in the heating sector. We are also facing a major change in the transport sector.”

Arkona wind farm, which is powered by 60 of Siemens’ 6MW turbines, started supplying first power to the German National grid from last September. The wind farm is claimed to have reached peak production this year.

Construction of the offshore wind farm was completed in October 2018, with the installation of all the turbines. The offshore wind firm is developed by OWP Arkona, a 50:50 joint venture between German utility E.ON and Norwegian energy company Equinor.  E.ON will be responsible for the operation of the wind farm.

Equinor board of directors chairman Jon Erik Reinhardsen said: “The Arkona opening is a key milestone for Equinor. The wind farm has the capacity to supply renewable energy to 400,000 German homes.

“Equinor is already meeting 25% of Germany’s need for natural gas. Arkona is Equinor’s fourth wind farm coming online since 2012 and is a key contribution to developing Equinor into a broad energy company.”

In addition to its share in the Arkona offshore wind farm, Equinor holds stake in the Baltyk I, II and III wind farm projects in the Polish waters of the Baltic Sea. And, in the UK, Equinor operates the Sheringham Shoal, Dudgeon and Hywind Scotland offshore wind farms.