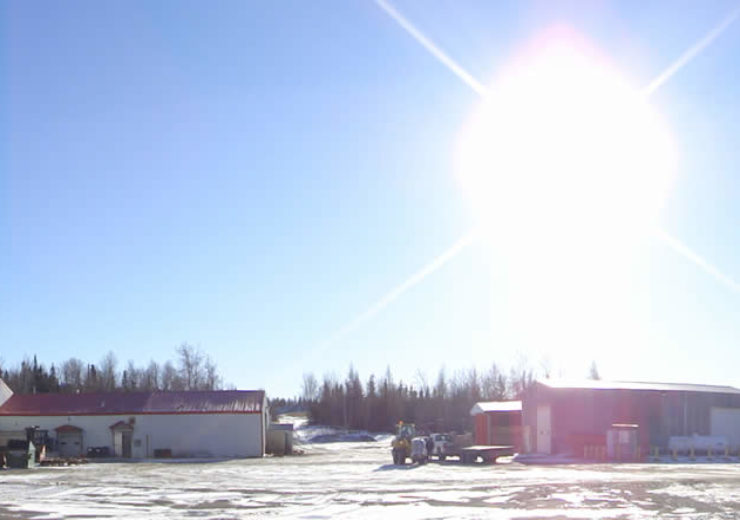 CDPQ invests $5m in Monarch Gold to support the potential re-opening of the Beaufor mine. (Credit: Monarch Gold Corporation.)

Monarch Gold announces that it has signed an agreement with Caisse de dépôt et placement du Québec (CDPQ) to sell a 3% net smelter return royalty on gold production at the Beaufor mine (the NSR) for $5 million.

The Corporation and CDPQ have also agreed to retain the services of GoldSpot Discoveries, a technology company that applies expert geoscience and advanced artificial intelligence algorithms to increase the efficiency and success rate of mineral exploration. The objective is to optimize the drilling program on the Beaufor property using advanced analytical technology.

“First and foremost, we would like to thank CDPQ for this strategic investment that could eventually give the Beaufor mine a second life,” said Jean-Marc Lacoste, President and Chief Executive Officer of Monarch. “This investment is a turning point for the Beaufor mine, which still has considerable high-grade gold potential, as we demonstrated during our last drilling campaign, in 2018.”

“To maximize our chances of success, we have retained the services of GoldSpot, who will assist us in selecting the optimal drill targets throughout the program based on the historical data we have compiled over the past two years. Our ultimate goal is to bring Beaufor into production within 12 to 18 months, which will allow us to take advantage of the bull market for gold and to once again create high-quality jobs for the local communities,” added Mr. Lacoste.

“With CDPQ’s investment, Monarch can pursue its exploration plan, which could ultimately lead to the re-opening of the Beaufor mine in Abitibi-Témiscamingue,” said Kim Thomassin, CDPQ’s Executive Vice-President and Head of Québec Investments and Stewardship Investing. “This transaction will pave the way for the company to integrate new artificial intelligence technology, which is in line with our desire to encourage more companies from so-called traditional sectors to take the digital turn to improve their performance.”

The $5 million will be payable to Monarch in two installments: $3 million upon closing of the transaction and an additional $2 million once the Corporation has completed a total of 15,000 metres of drilling on the Beaufor property or within 60 days of the Beaufor mine going into production.

Monarch will also have the option of redeeming a maximum of 2% NSR in accordance with the following terms:

1% once the Corporation has repaid the capital invested by CDPQ; and, thereafter,

1% in consideration of $2.5 million, payable within five years following the closing of the transaction.

Summary of activities at Beaufor

Commercial gold production on the Beaufor property began in the 1930s with the Perron, Beaufor and Pascalis mines. Overall, the property has produced approximately 4,854,000 tonnes of ore grading 7.5 g/t Au, for a total of 1,169,000 ounces of gold. Production was temporarily suspended on June 30, 2019, and the Beaufor mine is currently on care and maintenance.

During the past two years, Monarch has undertaken an extensive program of compiling all of the historical data and developing a comprehensive 3D geological model that incorporates geology, structure and mineralization, as well as the historical underground development (drifts and stopes).

The planned exploration program will be one of the largest exploration programs ever undertaken on the Beaufor property, consisting of approximately 270 drill holes for a total of 42,500 metres (see Beaufor Presentation). Exploration drilling will be done in several phases, including:

Near-surface and mine targets

Targets below the current mine workings

Underground work in proximity to the exploration targets of the mine
This initial phase, representing the bulk of the exploration drilling, will focus on the underground near-mine targets defined by the recent 3D modelling. These holes will test areas near historical high-grade drill intersections  and areas associated with known vein structures that remain open. These targets are all defined by high-grade intersections located near the existing underground infrastructure, thus requiring minimal development for mining purposes. They are also all located above the mine’s lowest development level (above 900 metres). These targets can easily be tested from the available underground workings, with the majority of the holes less than 200 metres long.

The second type of target related to underground near-mine targets will be the follow-up of isolated resource blocks that still have significant room for expansion. These resource blocks are typically defined by a single drill hole along a known mineralized structure, but continuity has not been demonstrated due to a lack of nearby drilling.

Near-surface and mine targets

A program of near-mine surface drilling will follow to test both the high-grade and isolated resource block targets that cannot be properly tested from the existing underground infrastructure. These targets are located near the mine and no more than 300 metres below surface.

Targets below the current mine workings

A program of exploration drilling of the area below the current mine workings (below 900 metres) will be undertaken to continue testing the extension of the known mineralization at depth, where mining left off prior to the temporary shutdown. Recent wide-spaced drilling below the bottom of the mine has confirmed the extension of the mineralization. The planned drilling will target specific areas defined by previous high-grade intersections in an area extending down to 230 metres below the current workings.

The final phase of the exploration drilling will consist of surface drill holes to test regional targets defined by historical intersections and potential structures beyond the current limits of the underground infrastructure.