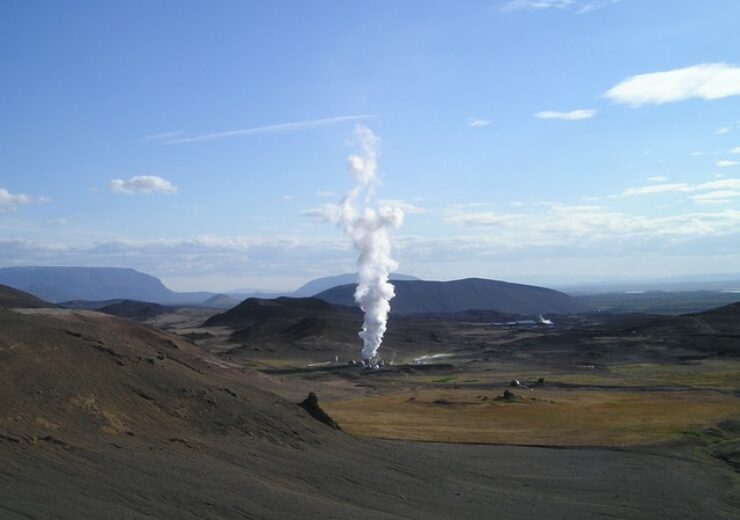 Canada has world-leading clean power resources, and the Government of Canada understands that one of the most important ways to fight climate change is to harness these resources to power our homes, businesses and lives. Investing in clean energy projects, including geothermal energy, will invigorate local economies, drive job creation and curb pollution.

Being developed in the existing Clarke Lake gas field in British Columbia, the Clarke Lake Geothermal Development Project will use the mid-grade geothermal heat resources in its reservoir to reduce emissions by displacing fossil fuels, while also demonstrating the value of geothermal energy as a viable clean energy technology for rural, Indigenous and northern communities.

Along with creating jobs and other economic opportunities for local community members, this project will provide capacity building and training to workers from other industries to help them transition into the renewable energy sector.

Although electricity generation will be the primary source of revenue, additional revenue opportunities could include the sale of waste heat generated by the plant. Excess heat from the facility could also power other activities in the local industries such as timber drying in the forestry sector and greenhouse food production in the agriculture sector.

As outlined in Canada’s strengthened climate plan, A Healthy Environment and a Healthy Economy, making Canada a world leader in clean power is a top priority. The government will continue to advance renewable energy projects, like the Clarke Lake Development Project, that increase the supply of lower-emitting power generation from coast to coast to coast.

The Clarke Lake geothermal facility is expected to produce between seven and 15 megawatts of clean electricity from a consistently available resource, which is equivalent to powering up to 14,000 households. By displacing fossil-fuel generation in northeast B.C., it is also expected to reduce 25,000 tonnes of greenhouse gas emissions per year, equivalent to taking more than 5,000 cars off the road.

Geothermal energy harnesses heat from the Earth’s crust and transforms it into electricity to power homes and businesses year-round.

Natural Resources Canada (NRCan) previously contributed $1 million for the resource assessment of this project and contributed an additional $38.5 million from the Emerging Renewables Power Program — a $200-million program to expand the portfolio of commercially viable renewable energy sources available to provinces and territories as they work to reduce emissions from their electricity sectors. It is also part of Canada’s more than $180-billion Investing in Canada Infrastructure Program for public transit projects, green infrastructure, social infrastructure, trade and transportation routes and Canada’s rural and northern communities.

Western Economic Diversification Canada contributed $2 million to fully assess the geothermal resource’s ability to produce power, as well as develop an Indigenous Employment and Training Strategy. Future electricity revenues from the project will support new economic programs for the region and increase employment opportunities for Indigenous communities, including both short- and long-term jobs for workers with transferrable skills from the oil and gas sector.

Indigenous Services Canada contributed $250,000 toward the project through their Community Opportunity Readiness Program — a program that provides project-based funding for First Nation and Inuit Communities for a range of activities to support communities’ pursuit of economic opportunities.

The Government of British Columbia has contributed almost $1 million to the project, including $430,000 through the First Nations Clean Energy Business Fund, which supports Indigenous-led participation in the clean energy sector by providing capacity funding for energy planning and feasibility studies, along with equity investment in projects. There was also $500,000 invested through the B.C. Indigenous Clean Energy Initiative, a partnership with Western Economic Diversification Canada and the New Relationship Trust, which provides early support to develop Indigenous communities’ capacity and readiness to advance local or regional clean energy projects.
Quotes

“The Clarke Lake Geothermal Project is Indigenous-owned and Indigenous-led, showcasing Indigenous communities’ leadership in building a low-emissions future. Geothermal will help northern and remote communities use less diesel and more of this new clean energy technology. This is how we get to net-zero.”

“The Clarke Lake Geothermal Project represents Fort Nelson First Nation’s drive toward creating a sustainable economy for our People; one that strikes a balance between the environment and the economy. Our work to get this historic project off the ground demonstrates what Indigenous leadership toward net-zero project development looks like.”

“FNMPC is pleased to be providing capacity support and assistance to Fort Nelson First Nation for the Clarke Lake Geothermal Project. Today’s announcement highlights what can happen when First Nations have access to the capacity and resources they need to implement their vision and be the proponents of major projects.”

“Our government is proud to invest in the Clarke Lake Geothermal Limited Partnership. Clean energy sources and connecting Indigenous communities with valuable development opportunities will help strengthen and diversify the B.C. economy, ensuring we are well positioned to bounce back post-pandemic, while also addressing climate change.”

“This project by the Fort Nelson First Nation and the Saulteau First Nation is an impressive clean energy initiative that supports future community growth and economic development opportunities. Our government is happy to support this First Nation-owned and -led innovative project that will create good jobs and support a greener future.”

“This is an exciting new development in clean energy for B.C.’s northern communities. Our government supports and encourages First Nations’ participation in the clean energy economy through early investment in projects such as Clarke Lake, where they can build vibrant, clean economies and promote energy efficiency in their communities, which is an important part of our CleanBC plan and will help support post-pandemic economic recovery.”