Sempra Energy and its partners have initiated the commissioning process of the first liquefied natural gas (LNG) train of the Cameron LNG project in Hackberry, in Louisiana. 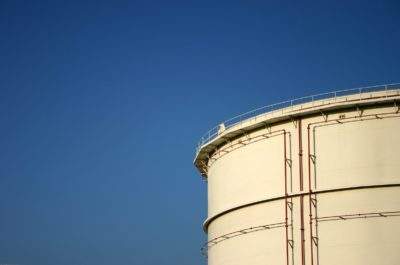 The partners have also started commissioning process of the support facilities of the $10bn phase 1 of the Cameron LNG project, which will feature three LNG trains. According to Sempra Energy, the estimated export capability of the phase 1 LNG export terminal is 12 million tonnes per annum (Mtpa) of LNG.

All the three liquefaction trains are targeted to enter into production in 2019. The construction of the Cameron LNG project is being carried out by McDermott and its joint venture partner, Chiyoda, under a contract worth around $6bn.

Sempra Energy president and chief operating officer Joseph A. Householder said: “All major construction activities have been completed to begin the commissioning and start-up process to produce LNG from the first liquefaction train.

Sempra Energy revealed that the commissioning process initiated by the partners will see testing of all support systems, combustion turbines and compressors, along with delivery of feed gas from the transmission pipeline and production of the first LNG.

The company said that commercial LNG production will begin after all of the steps of the commissioning process are approved by the Federal Energy Regulatory Commission (FERC). This will be followed by ramping up to full production for exporting LNG from the Cameron LNG project to global markets.

Sempra Energy indirectly holds a stake of 50.2% in the Cameron LNG project and is partnered by Total, Mitsui and Japan LNG Investment.

In a separate development, Sempra Energy and Total signed a Memorandum of Understanding (MOU), aimed at cooperation in the development of LNG export projects across North America.

The scope of MOU includes continuing the development of the Cameron LNG project along with the Energía Costa Azul LNG project in Baja California, Mexico.

Under the MOU, Total will potentially contract nearly up to nine Mtpa of LNG offtake from Sempra Energy’s LNG export development projects on the US Gulf Coast and West Coast of North America, particularly from the Cameron LNG Phase 2 project and Energia Costa Azul LNG project.