Calima will acquire assets including compression, processing and associated pipelines in the Tommy Lakes field 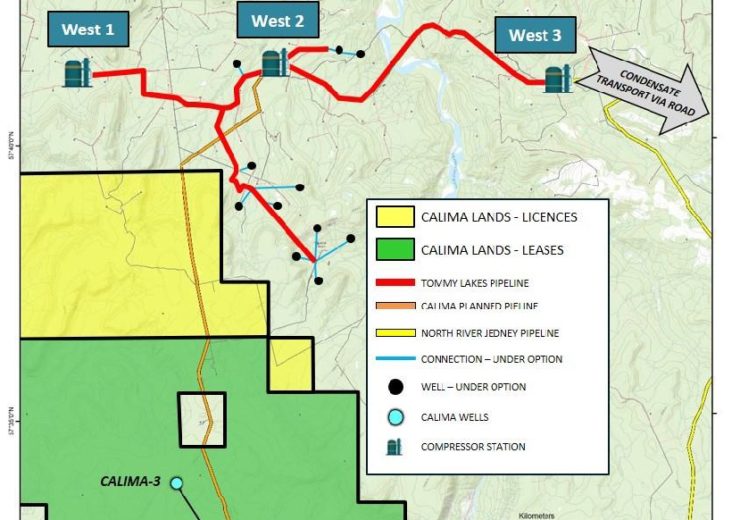 The main components of the assets considered for acquisition include compression, processing and associated pipelines capable of transporting up to 50 million cubic feet per day (Mmcf/d) of gas and 1,500-2,000 barrels per day (bpd) of well-head condensate to NorthRiver’s Jedney processing facility.

It also includes field office with a control centre and flexible camp facilities suitable for drilling operations as well as year-round condensate storage and off-loading facilities. Financial terms of the deal were undisclosed.

Calima managing director Alan Stein said: “This is a significant strategic acquisition that gives the Company access to markets in a very cost-efficient manner. With gas prices showing consistent increases over the last 6 months development economics are showing steady improvement.

“With a replacement value of $85 million the re-use of Tommy Lakes significantly reduces capital cost however, just as importantly, avoids the time involved in permitting and constructing new facilities. The Calima Lands are now ready for development once a funding partner is secured.”

Calima said that the facilities are of strategic value as they are located 20km from its lands.

Recently, the company secured regulatory approval to construct the pipeline to connect the company’s suspended wells on Pad A to the Tommy Lakes facilities.

Separately, Calima has signed an option agreement to acquire 11 gas production wells on or before 1 April 2022 in the Tommy Lakes field.

The company will have an option to use gas from the wells as fuel as part of the start-up sequence for the facilities.

The Tommy Lakes field, which has been in production since more than 20 years, uses conventional completion techniques from the Dog/Halfway Formation located immediately above the Montney.

Last year, Calima reported the spudding of the first well to test the prospectivity of the Montney Formation in its lease holdings in British Columbia.