Bringing the hydrogen future forward to meet the challenges of today

Hydrogen has become an integral part of the energy transformation debate and the path to net-zero carbon. However, much of this debate is framed around the future utilization of green hydrogen in the energy mix for industry, mobility, and power generation. 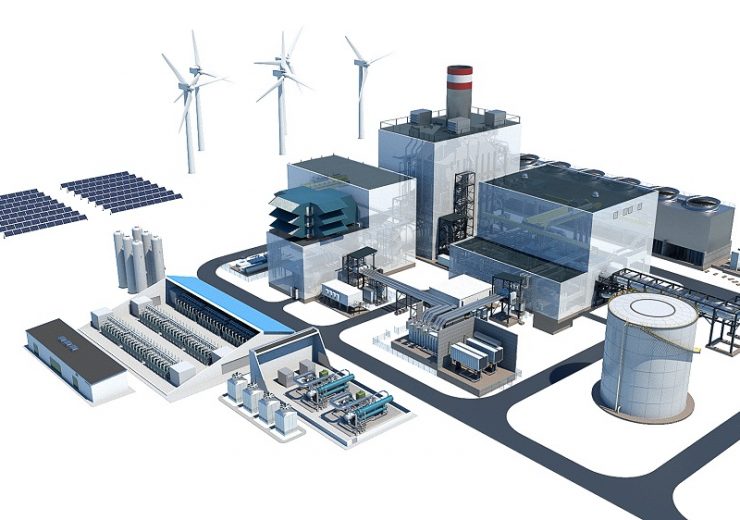 Hydrogen has become an integral part of the energy transformation debate and the path to net-zero carbon. However, much of this debate is framed around the future utilization of green hydrogen in the energy mix for industry, mobility, and power generation.

Although it is true that further development is required when it comes to scaling production, reducing costs, and integrating hydrogen into the global energy network, this is all part of the technology roadmap in the run-up to 2030.

No need to wait

Solutions are already available right now that make it possible to co-fire a gas turbine with 30 or even 75 percent hydrogen. There’s no need to wait until 2030.

“We can and should start using hydrogen today. We have built up a wealth of experience and innovation in renewables, in producing and storing hydrogen, and in developing gas turbines and control systems. There are already projects around the world where we utilize these skills and technologies to produce green hydrogen and associated products,” explains Sebastiaan Ruijgrok, Hydrogen Solutions Marketing Manager at Siemens Energy.

All these projects form part of the roadmap for the full-scale commercialization of the hydrogen value chain, with a focus on the future rather than the present.

“Our vision for the present is a combined cycle hydrogen power plant that would utilize renewable energy to generate hydrogen using our proton exchange membrane (PEM) electrolyzers,” says Ruijgrok.

The hydrogen produced would be burned for re-electrification at another time or location in one of the gas turbines that would initially co-fire with natural gas – although this would be future-proofed in order to increase the volume of hydrogen as turbine development evolves.

But the package doesn’t end there. The combined cycle plant already utilizes the waste heat from the gas turbine, but electrolyzers produce waste heat as well. By using a high-temperature heat pump for the waste heat generated by the electrolyzer, customers could connect it to a district heating system.

Unfortunately, it’s not possible to use the waste heat directly in the power plant because the temperature level isn’t high enough, but district heating systems only require input heat in the range of 150C.

This is crucial because when calculating the input of renewable energy compared to the output to the consumers, the efficiency is between 30 and 40 percent. When recycling the waste heat from the electrolyzers that efficiency climbs to roughly 70 percent.

In Europe, there are numerous district heating networks that are being fed either by direct fired boilers or by combined heat and power plants. To achieve this in the future, the plan is to use a hydrogen-capable plant combined with a heat pump that recovers the waste heat from the hydrogen production process and transferring the recovered heat into district heating.

“We can offer this as a complete package, with hydrogen production and storage, re-electrification, and heat recovery. On top of that, we also have our advanced control system that will be used in this scenario to optimize the entire value chain starting with the renewable energy generation,” says Ruijgrok.

An efficient cycle of heat and power

The heart of the system is the combined cycle power plant scaled to the specifications required for each individual project.

Today, gas turbines in these power plants can, depending on the type, already burn a hydrogen mix being co-fired from 30 up to 75 percent when operating in dry low emission burn mode.

Siemens has already provided a hybrid control system on the environmentally sensitive Galapagos Islands. This was our first pilot project where multiple energy sources were connected to the system.

The system even takes into account weather forecasts, so it knows how many hours the engines will be running until the sun goes down and can determine whether it needs to store that energy for use during the night.

What’s key is that it considers all aspects of the complete system rather than the individual components.

Small can be a perfect fit

This solution isn’t only relevant for large-scale power plants. The optimized standard integration of hydrogen production, storage, re-electrification and heat recovery is available for different power plant scales for existing and new units.

The SGT-400 gas turbine can cater for outputs as low as 10 MW. Particularly in Europe, which has smaller district heating systems, this size can still be effective. It also complements the growing trend toward smaller, decentralized power generation.

The purpose of the HYFLEXPOWER project in France is to prove that hydrogen can be produced from renewable electricity and stored, and then added with up to 100 percent to the natural gas currently used to fire the gas turbine in combined heat and power plants.

Although the upfront capex of the plant can be higher than a traditional natural gas plant, there is an immediate benefit when the electrolyzers, storage and, optionally, a heat pump are included, thanks to a massive reduction in CO2 emissions.

Companies in Europe already pay a high tax for their carbon emissions that is expected to increase dramatically over the next five to ten years. No one knows the exact level of environmental taxation, but everyone knows that it will be more than what companies are paying now.

Although this is a global solution, there are obviously areas of the world that make even more economic sense, primarily because of the availability of unutilized renewable energy generation.

Some regions, like northwest Germany, have offshore wind farms that are being curtailed because the grid doesn’t have the capacity to distribute the energy to southern Germany where it’s needed.

Other regions have a lot of solar or wind power that pushes the electricity prices down to an extremely low level, and even into negative numbers.

In 2019, nine percent of electricity prices in Germany on the spot market were negative. This phenomenon is becoming increasingly commonplace.

There are plenty of other regions where energy can be used to produce hydrogen on a relatively cost-efficient basis, and that could benefit from installing an electrolyzer with hydrogen storage and a co-firing gas turbine.