The 17,000t Brent Alpha platform has been transported from the Brent field in North Sea to Able UK’s Teesside decommissioning yard 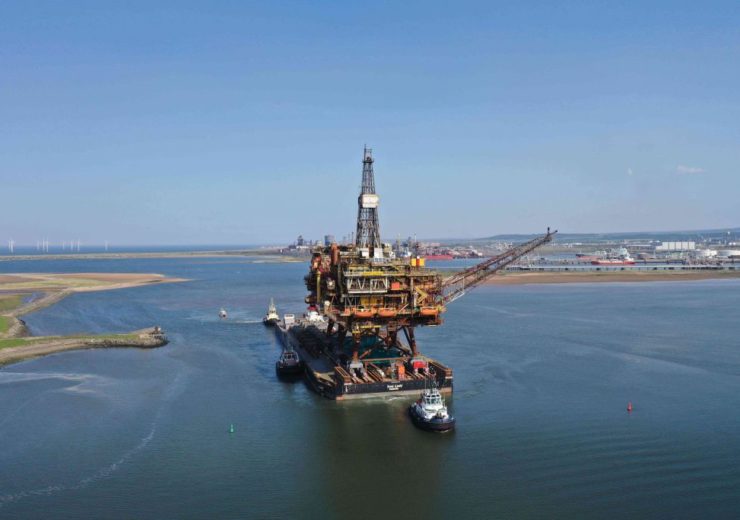 British industrial services firm Able UK has announced that the Shell’s Brent Alpha oil and gas platform has arrived at Able Seaton Port in the UK, in preparation for its dismantling and recycling.

The 17,000 tonne Brent Alpha platform has been transported from the Brent oil and gas field in North Sea to Able UK’s Teesside decommissioning yard in North East England.

Swiss-based offshore contractor Allseas’ Pioneering Spirit vessel has completed the removal of platform, located 186km off the northeast coast of the Shetland Islands.

The Brent Alpha is the third of four platforms, after Delta and Bravo platforms, to be decommissioned from the Brent oil and gas field.

Able UK founder and executive chairman Peter Stephenson said: “The Brent contract is just about the most prestigious oil and gas decommissioning project in the world.

“As well as beginning work on the Brent Alpha, a further decommissioning contract will commence in July and from the middle of September, Able Seaton Port will be providing the installation base for the 90 Mitsubishi Vestas turbines that will comprise Innogy’s 857MW Triton Knoll offshore wind farm.”

The Brent Alpha platform consisted of a topsides structure supported by a steel six-legged jacket standing in 140 m of water.

One of the biggest fields in the UK North Sea, the Royal Dutch Shell-operated Brent field is currently being decommissioned due to plunging recoverable oil and gas reserves.