RSC says it has received a strong message that its partnership with BP and the oil industry has created a barrier between itself and its audience. 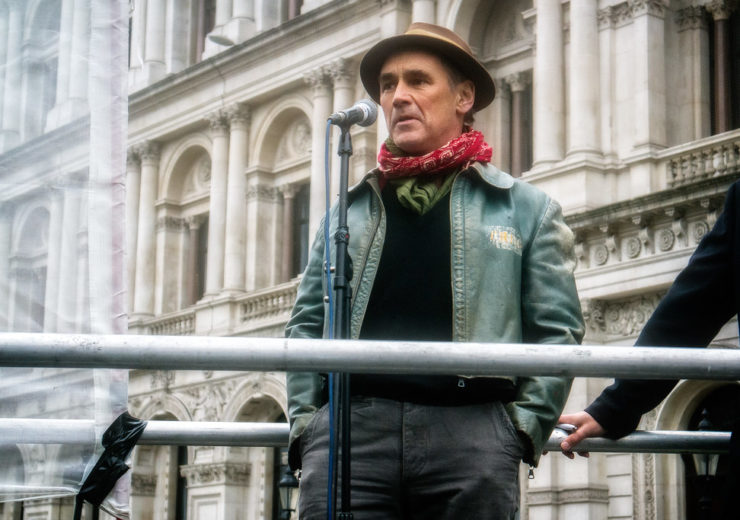 Actor Mark Rylance resigned from RSC over its links to BP (Credit: Flickr)

BP says it is “disappointed and dismayed” with yesterday’s decision by the Royal Shakespeare Company (RSC) to end a sponsorship agreement between the pair.

The theatre group cited environmental concerns among the younger sections of its membership as having created a “barrier” between itself and its audience.

The UK oil and gas giant has collaborated with the RSC for the past eight years to provide cut-price theatre tickets to young people – but opposition has been mounting against the links between the theatre and the fossil fuel industry.

Earlier this year, actor Mark Rylance resigned from the RSC over its BP links, and last week UK schoolchildren voiced their intentions to boycott the theatre unless the partnership was scrapped.

Greenpeace has called today’s development a “massive victory” for the grassroots groups which have opposed the arrangement between the organisations.

BP said in a statement: “We’re disappointed that this will bring a successful programme to a premature end.

“Over the past eight years our sponsorship has enabled 80,000 young people to see RSC performances at reduced rates. “We recognise the world is on an unsustainable path and needs to transition rapidly to net-zero in the coming decades.

“The debate centres around how to deliver this whilst meeting the world’s growing energy demands.

“BP is focused on this dual challenge – we are in action, have ambitious plans for the future and welcome engagement with all about how to make the energy we produce cleaner and better.

“Ironically, the increasing polarisation of debate, and attempts to exclude companies committed to making real progress, is exactly what is not needed.”

BP’s sponsorship agreement with the RSC included support for a £5 ticket scheme for 16 to 25-year-olds, but the theatre firm says it has identified a “strength of feeling” among the demographic targeted by the programme against its association with the oil industry.

RSC artistic director Gregory Doran and executive director Catherine Mallyon said: “Over many months we have listened to a wide and varied range of voices and opinions about our partnership with BP.

“This careful and often difficult debate has highlighted the strength of feeling, especially amongst young people who we would like to benefit from the scheme.

“Amid the climate emergency, which we recognise, young people are now saying clearly to us that the BP sponsorship is putting a barrier between them and their wish to engage with the RSC.

“We cannot ignore that message.”

Youth engagement with climate issues has been growing in momentum – with 16-year-old Swedish activist Greta Thunberg emerging as a leading voice of opposition in the arena of environmental debate.

She said: “We are in the middle of a global climate crisis and all you can talk about is money and fairy tales of economic growth.

“You say you hear us and that you understand the urgency, but no matter how sad I am I do not want to believe that – because if you understood and yet kept refusing to act then you would be evil, and that is something I refuse to believe.

“You are failing us, but the young people are starting to recognise your betrayal — I say if you choose to betray us we will never forgive you.

“We will not let you get away with this — the world is waking up and change is coming whether you like it or not.”