The expansion will help Boliden Odda increase its annual production capacity to 350,000 tonnes from current 200,000 tonnes 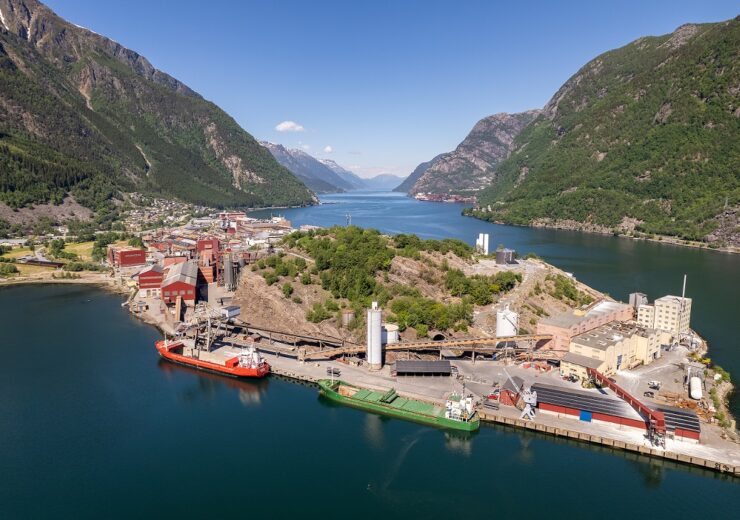 Swedish mining and smelting firm Boliden is set to invest a total of €700m in the expansion of its Boliden Odda smelter in Norway to nearly double its zinc production.

With the expansion, Boliden Odda is expected to increase its annual production capacity to 350,000 tonnes of zinc, from current 200,000 tonnes.

As part of the expansion, several new facilities are planned at Boliden Odda, including a new roaster, a new sulphuric acid plant, and a new cellhouse.

Also, the works include expansion and modernisation of the leaching and the purification plant, and expansion of the foundry and quay infrastructure.

According to the company, a significant part of the total investment is expected to be made during 2022 and 2023.

Boliden president and CEO Mikael Staffas said: “This is one of the largest investments in Boliden’s history. By increasing the production of zinc with the highest climate performance while also improving resource efficiency and productivity, we are setting a new standard for zinc smelting both in terms of sustainability performance and cost effectiveness.”

Boliden said that Odda will be supplied with fossil-free electricity, and the waste will be deposited in mountin caverns using unique, sustainable technology.

With all the environmental permits in place, the expansion is expected to enable the smelter to extract the bi-metals lead, gold and silver, in addition to zinc.

The expansion project, which expands the level of digitisation and automation in the operations, is expected to be completed by the end of 2024.

Based on the significant technological development, Boliden Odda has been granted investment support by financial service provider Enova and Innovasjon Norge.

In April this year, Boliden has sanctioned an investment of $149m for the expansion of its Kristineberg mine in northern Sweden.