Construction on the first stage project, which will include design, engineering and building of an underground potash mine and surface infrastructure, is expected to take approximately six years 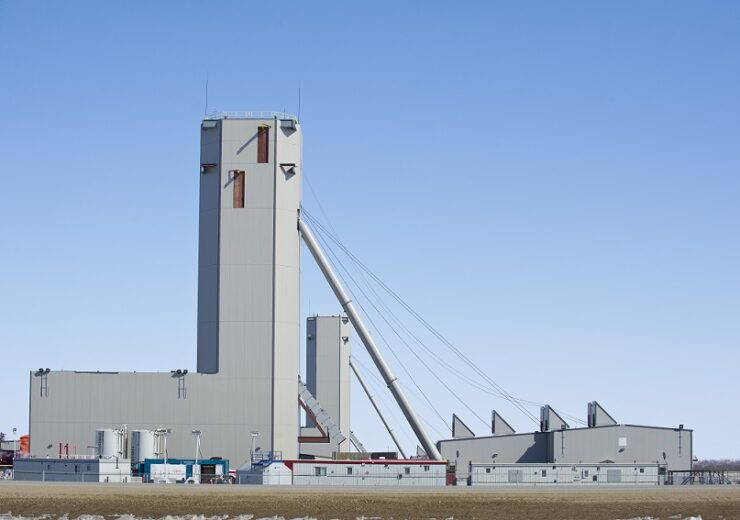 Anglo-Australian mining company BHP has approved an investment of $5.1bn for the Jansen Stage 1 (Jansen S1) potash project in Canada.

The underground potash development project is located in Saskatchewan, within the Prairie Evaporite formation at depths of 900m- 1,000m.

Construction on the first stage project is expected to take approximately six years and the first ore is targeted to be produced in 2027.

Upon completion of the construction, the project will undergo a ramp up for a period of two years. Jansen S1 is anticipated to produce nearly 4.35 million tonnes of potash per annum.

Located in one of the world’s major potash basins, Jansen is expected to operate up to 100 years.

The company stated it has already completed nearly 50% of all engineering required for the Jansen S1 project.

BHP chief executive officer Mike Henry said that Jansen is in line with the company’s strategy to grow its exposure to future facing commodities in world class assets.

The first stage development of the Jansen project includes the design, engineering and construction of an underground potash mine and surface infrastructure including a processing facility, a product storage building, and a continuous automated rail loading system.

The project also includes funding for the port infrastructure required to deliver the product from Jansen S1 to export markets through Westshore, in Delta, British Columbia.

The Jansen S1 project is expected to convert approximately 20% of the 5.23 billion tonnes Measured and Indicated Mineral Resources into ore reserve.

Henry added: “In addition to its merits as a stand-alone project, Jansen also brings with it a series of high returning growth options in an attractive investment jurisdiction.

“In developing the Jansen project, BHP has had ongoing positive engagement and collaboration with First Nations and local communities, and with the provincial and federal governments.

“Jansen is designed with a focus on sustainability, including being designed for low GHG emissions and low water consumption.”