Axiom Mining said that its subsidiary Axiom KB has secured mining lease from the Solomon Islands government for the San Jorge nickel deposit at the Isabel Nickel Project. 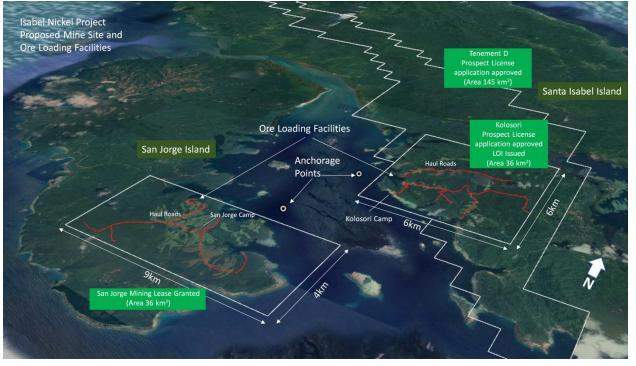 According to Axiom Mining, the Isabel project is widely considered to be one of the largest nickel laterite deposits in the Pacific.

It further said that the nickel deposits at San Jorge lie very close to the surface in uninhabited land along a shore, which encloses a natural deep water harbor. The company said that all these qualities will enable it to bring a direct shipping of ore operation to the market in a timely and environmentally acceptable manner.

Axiom Mining has already started development and construction of the nickel mine and also upgrades of the exploration camp to a long-term mining camp. It has also started construction of roads and loading facilities and community consultations ahead of the first shipment of ore from the Isabel Nickel Project, which is expected to happen in Q1 2019.

Axiom CEO Ryan Mount said: “We are now able to commence the construction of the Isabel Nickel Project and the subsequent sustainable mining of this world class asset. This is the first time that any company in the mining industry has been granted a Mining Lease for this project.”

The company revealed that the financing for life of mine construction and development is in the advanced stages and is slated to be wrapped up in the coming weeks.