Ausgold enters into farm-in and JV agreement on Yamarna project

Ausgold has finalised a farm-in and joint venture agreement with Great Boulder Resources in regards to its 100% owned Yamarna Project. 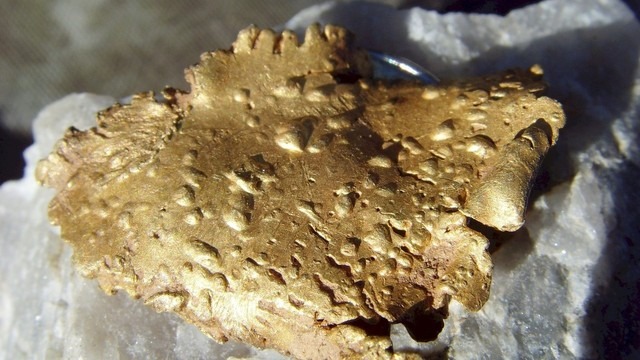 Upon Great Boulder meeting the minimum expenditure milestone, Ausgold will retain a 25% free-carried interest in the Winchester project to a decision to mine.

Ausgold’s Managing Director, Matthew Greentree, commented : “We  are  pleased  to  formalise  the  Joint  Venture agreement  with  Great  Boulder ensuring the highly  prospective Yamarna  Project  is  advanced by  a focused nickel –copper exploration  program  over  the  next  two  years.  Great Boulder has shown a commitment to exploration in the region and has committed to spend $500K to earn 75% of the Yamarna project.”

“The  Joint  Venture  is  structured so Ausgold  retains a25% free-carried interest through  to  a  decision  to  mine, allowing Ausgold to focus  its funds  on its  100%-owned Katanning Gold Project, where the Company continues  to have exploration success and is progressing towards amine development of the 1.04 Moz gold Resource.”

“Only a very small area has been tested at Winchester and the presence of high-grade  copper  and  nickel mineralisation, confirmed through petrography, is extremely promising.

“Combining Winchester with our Mt Venn and Eastern Mafic deposits at Yamarna is an important step in building a consolidated copper-nickel-cobalt business for the region.”