The Australian Renewable Energy Agency (ARENA) has stated that it will provide $23m ($16.42m) in funding to develop a waste to energy project in Western Australia which can reduce burden on landfill. 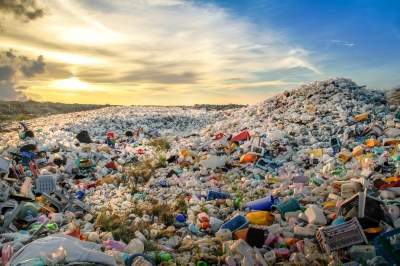 ARENA stated that the project will be co-developed by Macquarie Capital (Australia) and Phoenix Energy Australia and it will be located in the Kwinana Industrial Area 40km south of Perth.

The Kwinana energy-from-waste facility is expected to deliver 36MW of energy from waste, which will be enough to power nearly 50,000 Australian households. For this purpose, nearly 400,000 tonnes of municipal solid waste from non-recyclable curbside collection will be supplied to the plant.

The waste will be sourced from several sources including local councils in the Perth metropolitan area. The plant will also be capable of processing commercial and industrial waste and construction and demolition waste.

ARENA stated that the project will have the ability to generate large scale generation certificates (LGCs) for eligible feedstock in accordance with Clean Energy Regulator requirements.

The project has secured approval from the Western Australia Environmental Protection Authority and it will produce an ash by-product which will be used as road base or in building and construction in Europe.

Keppel Seghers moving grate technology will be deployed at the plant. This technology is claimed to have been in use in more than 2000 facilities, across 18 countries.

ARENA CEO Darren Miller said: “The use of combustion grate technology is well established in Europe and North America but has not yet been deployed in Australia.

“More than 23 million tonnes of municipal solid waste is produced annually in Australia and this project could help to divert non-recyclable waste from landfill and recover energy in the process.”

The facility will be owned by a consortium that includes Macquarie and the Dutch Infrastructure Fund (DIF). The Clean Energy Finance Corporation has agreed to provide up to A$90m ($64.25m) in debt finance for the project.

It will be built by Acciona and will be operated by Veolia. The construction phase is expected to create more than 800 jobs and 60 full time jobs once the plant is operational.

Macquarie Capital executive director Chris Voyce said: “The project is an example of the public and private sectors coming together to deliver a long-term solution to dual issues of dealing with the ever-growing pressures on landfill and generating low-carbon energies that are sustainable and reliable.”