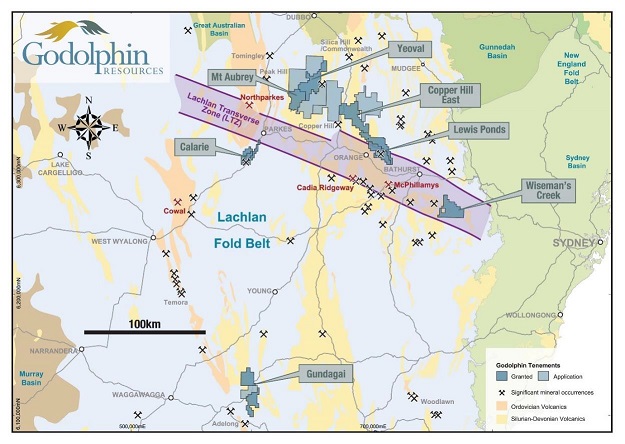 Ardea Resources has announced its plan to spin-out of its Lachlan Fold Belt gold and base metal tenements in New South Wales (NSW) into a into a subsidiary, named Godolphin Resources.

The new subsidiary, Godolphin, will focus on the development of the Lewis Ponds gold-zinc and Mount Aubrey gold projects located in the Lachlan Fold Belt region.

The spin-out of Godolphin is part of Ardea’s efforts to focus on what its claims to be large and high-quality portfolio of West Australian nickel, cobalt and gold assets including the Goongarrie Nickel Cobalt Project (GNCP).

Ardea CEO Andrew Penkethman said: “We understand that different investors in Ardea have preferences for different asset exposure and with the Godolphin spin-out, we can clearly separate the WA Goongarrie Nickel Cobalt Project (GNCP) nickel production opportunity from the NSW gold production opportunity with ancillary gold/base metal exploration. This will drive superior value for shareholders in both entities.

“The NSW assets being in a separate fully independent vehicle will crystallise their value and allow them to be advanced independently of Ardea’s West Australian exploration and development initiatives.”

Ardea plans to launch an initial public offering (IPO) for the spun-out company. In the IPO, Ardea’s existing shareholders will receive an in-specie distribution of 30 million Godolphin vendor shares at nil costs, as well as a priority right to subscribe for IPO shares.

The proposed transaction is subject to various conditions, including approval by Ardea shareholders at an Extraordinary General Meeting (EGM) proposed to take place in the third quarter of 2019, in anticipation of a listing in Q4 2019.

Godolphin is expected to leverage off an established operations team based in Orange in the central Lachlan Fold Belt to quickly advance the targets after the launch of the IPO.