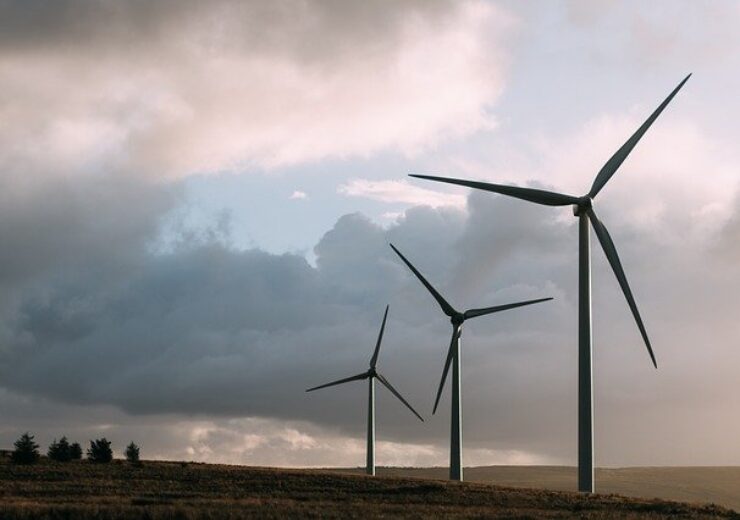 Anglo American has signed a Memorandum of Understanding with EDF Renewables, a global leader in renewable energy, to work together towards developing a regional renewable energy ecosystem (“RREE”) in South Africa. The ecosystem is expected to be designed to meet Anglo American’s operational electricity requirements in South Africa through the supply of 100% renewable electricity by 2030, thereby also supporting the resilience of the local electricity supply systems and the wider decarbonisation of energy in the country.

Anglo American has already secured 100% renewable electricity supply for all its operations in South America, resulting in 56% of our global grid supply expected to be sourced from renewables by 2023. In South Africa, while there is an abundance of renewable energy sources such as wind and solar, there is limited renewables infrastructure to harness it. As Anglo American progresses towards its 2040 target of carbon neutral operations, this partnership with EDF Renewables is designed to abate the largest single source of its Scope 2 emissions, being its current grid supply in South Africa. The RREE aims to support South Africa’s decarbonisation ambitions and the country’s Just Energy Transition, creating a sustainable and inclusive future.

The RREE will draw on South Africa’s natural renewable energy potential to develop a network of on-site and off-site solar and wind farms, amongst other opportunities, offering 24/7 renewable energy to Anglo American’s operations. Anglo American anticipates that a number of partners will provide equity financing for the RREE, in addition to the RREE attracting debt financing that is typical for high quality energy infrastructure projects.

The partnership is expected to bring a host of benefits to South Africa and the region, including:

Mark Cutifani, Chief Executive of Anglo American, said: “We are targeting carbon neutrality across our operations by 2040 and we are making good progress. Today’s announcement is a further major step towards addressing our on-site energy requirements – the largest source of our operational emissions. Our partnership with EDF Renewables to address our Scope 2 footprint in South Africa complements our FutureSmart Mining™ programme’s abatement of our Scope 1 emissions through low and zero emission technologies, including our hydrogen haul truck system, and the development of South Africa’s Hydrogen Valley. Step by step, we are changing the very nature of mining and how our stakeholders experience our business – while supporting a Just Transition.”

Bruno Bensasson, EDF Group Senior Executive Vice President Renewable Energies and Chairman & CEO of EDF Renewables, added: “The EDF Group is delighted to take a step forward with Anglo American towards this ambitious partnership. We are committed to supporting industrial players by providing a low carbon competitive electricity that substitutes fossil energies and improves wider social and environmental issues. This project is also contributing to the country energy’s ambition to furthering the development of decarbonised energy. It is in line with EDF Group’s CAP 2030 strategy, which aims to double its net renewable installed energy capacity worldwide (hydropower included) from 28 GW in 2015 to 60 GW in 2030.”

Nolitha Fakude, Chair of Anglo American’s Management Board in South Africa, said: “South Africa is embarking on the next phase of its economic development, with clean, reliable and affordable energy playing a critical role in delivering this potential – helping to catalyse new industrial hubs and stimulate local economic activity. Anglo American is committed to supporting this Just Energy Transition, encouraging growth and development for our host communities and South Africa through such projects as the RREE – very much in tune with our Collaborative Regional Development approach. Aligned to our longstanding commitment to economic transformation and empowerment, we intend to incorporate a local Black Economic Empowerment (BEE) partner into our regional renewable energy ecosystem and are exploring a range of community partnership models that will allow our host communities to share in the ecosystem’s success.”

Tristan de Drouas, CEO at EDF Renewables (South Africa), said: “As a significant low-carbon energy player in South Africa, we are delighted to be partnering with Anglo American to develop a regional renewable energy ecosystem, building on from a first project together in 2021. With our global expertise in energy infrastructure development, design and delivery, our grid optimisation technology, and our experience in the region, we are uniquely suited to partner with Anglo American to transform its environmental footprint, while meaningfully supporting the region’s decarbonisation efforts.”