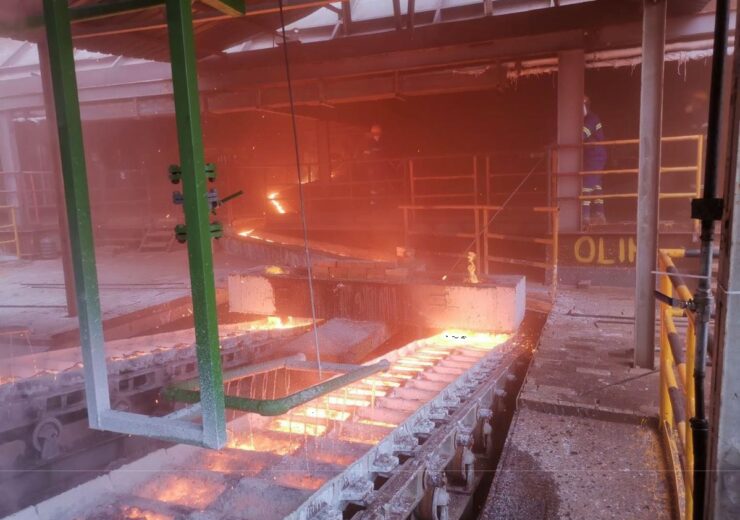 The Directors of Nickel Mines Limited (‘Nickel Mines’ or ‘the Company’) are pleased to advise that the Company’s 80%-owned Angel Nickel Project (‘Angel Nickel’ or ‘ANI’) within the Indonesia Weda Bay Industrial Park (‘IWIP’) on Halmahera Island, has now commenced commissioning the third of its four RKEF lines.

As previously advised, during the commissioning phase, NPI production from ANI’s RKEF lines will run at less than 100% of the 36,000 tonnes of nickel metal production nameplate capacity per annum depending on power availability. Pleasingly, additional energy supply from IWIP’s existing power grid is presently being arranged to support increased production levels from ANI’s lines. ANI’s designated power plant remains on track to commence commissioning in August after which time the Company expects production levels across all four RKEF lines to rapidly ramp-up to above the nameplate capacity – historically the Company’s RKEF lines have operated in excess of 30% nameplate capacity.

As with the Company’s HNI and RNI projects, ANI will require the issuance of an Industrial Business Licence (Izin Usaha Industri) (‘IUI’) to commence commercial sales of NPI with this license presently expected in May 2022. Existing NPI production from ANI (containing >700 tonnes of nickel metal) is presently being stockpiled.

The successful commissioning of ANI will be transformative to the Company’s existing operations, more than doubling annual attributable nickel metal nameplate capacity from 24,000 tonnes to 52,800 tonnes. The introduction of the Oracle Nickel Project (‘ONI’) by Q1 2023 is set to further increase attributable nickel metal nameplate capacity to 78,000 tonnes per annum.

“We are extremely pleased to see the progressive and seamless ramp-up of our ANI RKEF lines. With three lines now commissioning and delivering increased production levels each week we look forward to ANI becoming a material contributor to our rapidly expanding RKEF operations. With more than 700 tonnes of nickel metal already stockpiled from ANI and with our fourth line due to commence commissioning by the end of April, we would again like to congratulate our operations team for their efforts in the delivery of this project.

With our replica project Oracle Nickel also progressing well at IMIP, we remain firmly on track to triple our RKEF production levels over the next 12 months and firmly entrench Nickel Mines as a top-10 global nickel producer.”