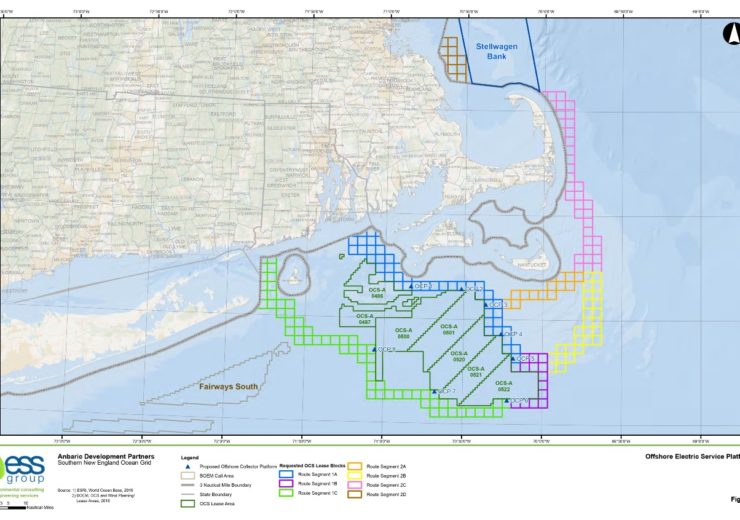 Named as the Southern New England OceanGrid, the new offshore grid is expected to maximise the region’s offshore wind resources. Once approved by BOEM, the transmission network on the outer continental shelf will link the existing wind lease areas via a common system and will deliver power to the onshore grid.

Anbaric CEO Edward N. Krapels said: “As offshore wind’s potential gains momentum, it’s time to think big and plan rationally. It becomes clearer every day that transmission must lead the way towards greater scale, reliability and efficiency, just as it has in Europe.

“Individual wind farm developers have gotten the industry off to a good start, but we now need a networked grid to minimize conflict and create a truly reliable offshore transmission system that will substantially de-risk wind projects.”

Anbaric stated that the Southern New England OceanGrid could be developed in phased and it could have an offshore transmission network connecting up to 16GW of offshore wind to Massachusetts, Rhode Island, and Connecticut.

Furthermore, it will include transmission line routes that connect BOEM lease areas directly into Boston, Rhode Island’s Narragansett Bay, Massachusetts’ South Coast, and Connecticut, supplying the electricity generated from offshore wind to the residents of the areas.

To be built over 20 years, the Southern New England OceanGrid will have the infrastructure for a clean energy resource such as wind to replace fossil fuels as the foundation of New England’s electric system.

Some of the benefits to be provided by the transmission network include greater efficiency, higher reliability, and fewer environmental impacts. It will also have the ability to direct the energy to specific areas such as Boston and/or the South Coast.