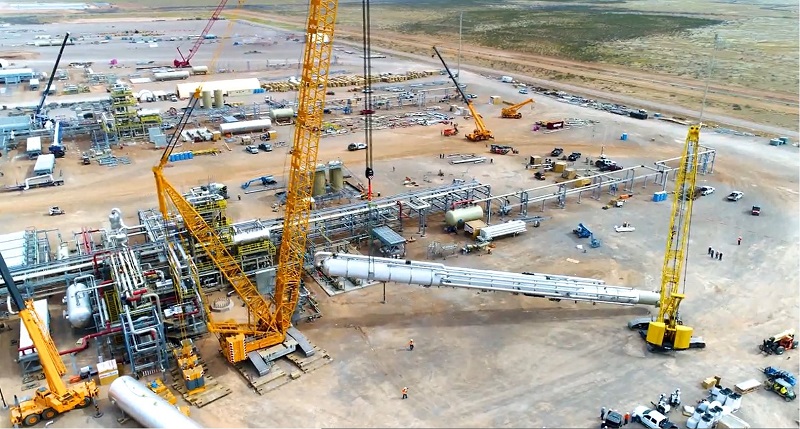 Altus Midstream has commissioned a 200 million cubic feet (MMcf) per day cryogenic processing train at the Diamond Cryo Complex in Alpine High play in the Permian basin of Reeves County in Texas.

The midstream company, which is a spinoff of the pipeline and processing facilities of Apache, said that the cryogenic processing train has started processing of rich natural gas into natural gas liquids (NGLs) and residue gas.

The commissioned train is one of the three such facilities at the Diamond Cryo Complex which have a combined capacity of 600MMcf per day. The remaining two trains of the gas processing project are slated to enter into service this year.

The facility is expected to produce 60,000-75,000 barrels of NGLs per day for Apache, which is also the primary customer of Altus Midstream.

Altus Midstream CEO and president Clay Bretches said: “We are thrilled to have the first unit of the Diamond Cryo Complex in service and quickly increasing volumes towards nameplate capacity of 200 MMcf per day.

“This is just the beginning for Altus. By the end of 2019, we expect to triple our cryogenic processing capacity at Alpine High with the in-service of train #2 in July and train #3 in the fourth quarter of this year.”

Bretches added that the three trains of the Diamond Cryo Complex are equipped with SRX processing technology. The technology is said to streamline processing economics with better NGL recoveries in ethane recovery and also in rejection mode compared to the more commonly employed processing methods in the Permian Basin.

Saulsbury, under a contract given by Apache in June 2018, has been handling the construction of the processing facilities, which include liquid stabilization, gas treating, gas processing, slug catchers, and residue gas compression.

Last week, Altus Midstream through its subsidiary Altus Midstream Processing, agreed to acquire a stake of around 26.7% in the Permian Highway Pipeline (PHP) for about $161m (£127.38m).

PHP, which is expected to cost $2.1bn (£1.66bn), is a long-haul pipeline in Texas with a capacity of around 2.1 Bcf/d of natural gas transportation capacity.