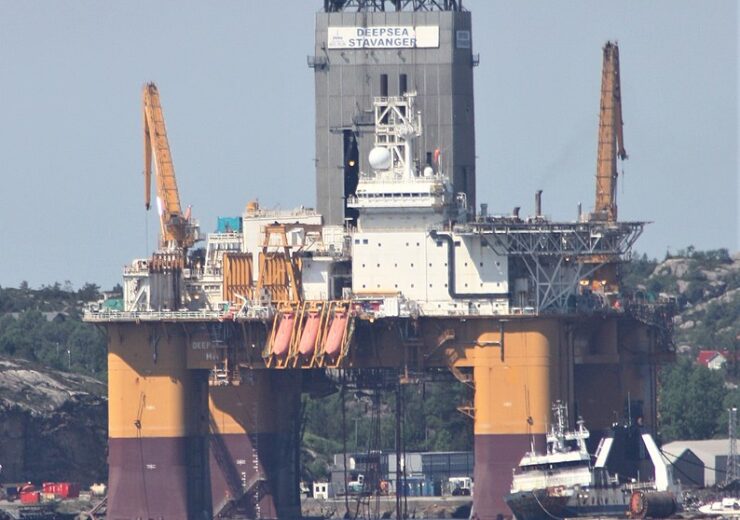 Aker BP has made a minor oil discovery in production licence 1041 in the Norwegian North Sea following the drilling of wildcat well 24/12-7, nearly 17km southwest of the company-operated Bøyla field.

According to the Norwegian Petroleum Directorate (NPD), the well intersected the Hermod Formation in the primary exploration target in a thickness of nearly 75m.

The wildcat well proved the presence of a 38m oil column in a total of 20m of sandstone, with reservoir properties said to be ranging from very good to extremely good. The well is located 230km west of Stavanger.

With pressure points, the oil/water contact was confirmed at a depth of 2,132m below sea level, stated NPD.

In the secondary exploration target, the 24/12-7 well intersected a total of 34m of aquiferous sandstone that has good reservoir properties in the Heimdal Formation.

The license partners do not consider the discovery to be commercial and the wildcat well has been now permanently plugged and abandoned.

There was no formation testing for the well, however, data acquisition was carried out. 24/12-7 is the first exploration well to be drilled in production licence 1041, which was awarded in APA 2019.

The wildcat well was drilled to 2,275m in measured vertical depth below sea level by the Deepsea Stavanger drilling facility. Located in water depth of 118m, the well was terminated in the Heimdal Formation.

Aker BP holds an operating stake of 55% in production licence 1041. The other license partners include Neptune Energy Norge with 30% and Lundin Energy Norway with a 15% stake.

Earlier this month, Aker BP said that the entire Ærfugl field is now in production. The Ærfugl field is located in the Norwegian Sea, where it produces through a tie-back to the Skarv field floating production storage and offloading (FPSO).