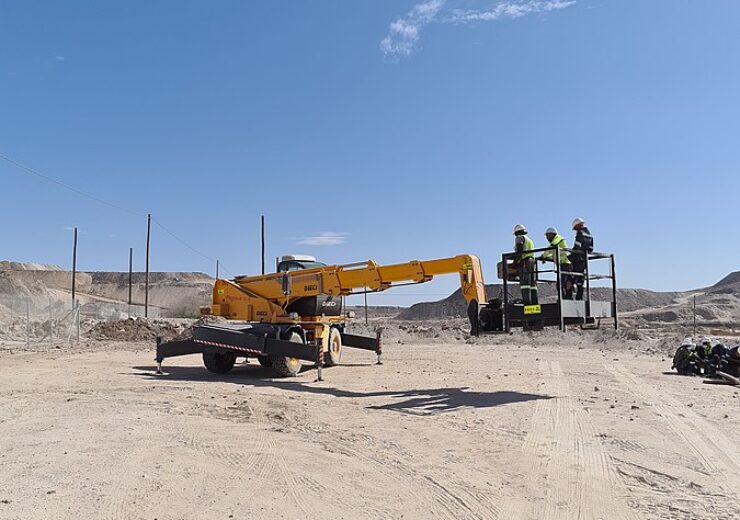 AfriTin Mining announced that a metallurgical test work conducted for its Uis Mine in Namibia has indicated the potential for the production of a lithium by-product.

The African technology metals mining company has completed the initial phase of lithium by-product metallurgical test work, which produced high-purity petalite lithium concentrate, of up to 94%.

According to the company, this quality of petalite concentrates is used as lithium feedstock in the premium glass and ceramics industry which requires a high lithia to iron ratio.

Also, it expects the concentrate to be suitable for conversion to battery-grade lithium carbonate or hydroxide.

Through the process of roasting, petalite can be converted to beta-spodumene, which is suitable for lithium processing methods, said AfriTin.

AfriTin Mining CEO Anthony Viljoen said: “We are pleased to announce the results from the first phase of lithium test work for the Uis Mine, showing the potential for producing a high-quality petalite lithium concentrate from our lithium mineral resource.

“The lithium resource is contained within the currently mined ore body, and the lithium concentrate will be a by-product to our existing tin concentrate.

“These positive test results allow us to progress to the design and construction of a lithium pilot plant at Uis.”

AfriTin has deployed South African test service providers LightDeepEarth, PESCO and Geolabs Global, to independently conduct the metallurgical test work at the Uis mine, which was previously the world’s largest hard-rock open cast tin mine.

They collected bulk ore samples from the active mining area and the discard stream of the processing plant at the mine site, and processed them using Dense Medium Separation (DMS) methods.

The company claimed that several potential buyers in the lithium conversion industry have expressed interest in the potential expected lithium by-product.

AfriTin has appointed Consulmet as EPCM contractor for designing and constructing a 20tph pilot plant at the mine with a target commissioning date in the fourth quarter of 2022.

The company aims to optimise flotation operating parameters, and will involve two additional test work service providers, Nagrom and ANZAPLAN, in the next phase of lithium test work.

Furthermore, AfriTin is looking for a potential sensor-based ore sorting technology to produce a lithium pre-concentrate prior to concentration with DMS and flotation.