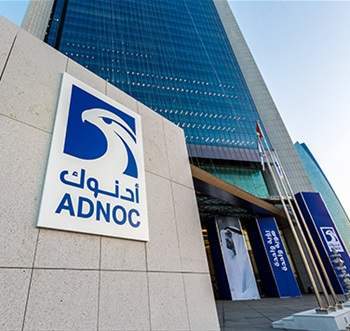 The agreement, between the two companies outlines opportunities for possible future collaboration across ADNOC’s Upstream and Downstream value chains and support for China’s growing energy needs.

The Strategic Cooperation Framework Agreement, which was signed by His Excellency Dr. Sultan Ahmed Al Jaber, UAE Minister of State and ADNOC Group CEO and His Excellency Wang Yilin, Chairman of CNPC, builds on the existing partnership between ADNOC and CNPC.

It establishes a mechanism to explore an expanded relationship across multiple industry sectors, including exploration and production; technology support and transfer, research and development; drilling and oilfield services; refining; petrochemicals and crude oil supply and storage.

Al Jaber said: “China is the world’s largest growth market and we are keen to explore mutually beneficial opportunities, along the full hydrocarbon business value chain, in both the UAE and China.

“With CNPC, we will assess possible investment and partnership options that have the potential to create more value from our oil and gas resources and give greater access to the Chinese market, while also helping support China in meeting its expanding energy needs.

“CNPC is one of a number of prospective partners who have expressed a strong interest in working with us on the range of co-investment and partnership opportunities we have identified as part of our 2030 strategy.

“In particular, our announced plans to expand our refining and petrochemical operations have captured the attention of investors from around the world. We will continue to review the options available to us, as we accelerate our transformation.”

Earlier this year, during ADNOC’s Downstream Investment Forum, the company announced it is making significant investments in new Downstream projects, both domestically and internationally, to grow its refining capability and expand its petrochemical production three-fold to 14.4 mpta by 2025. As a result of the planned expansions in its Downstream business, ADNOC will create the world’s largest integrated refining and petrochemical complexes at Ruwais, located in Abu Dhabi’s Al Dhafra region.

Under the Strategic Cooperation Framework Agreement, ADNOC and CNPC will explore potential Chinese investment in a number of the planned Downstream projects, including an aromatics plant, a mixed feed cracker and a new refinery.

The two companies will also discuss partnership opportunities in one, or more, of CNPC’s Downstream assets in China as part of ADNOC’s international growth strategy.

Upstream, ADNOC and CNPC will look at potential exploration and development prospects across Abu Dhabi, including the six geographical oil and gas blocks made available for competitive bidding earlier this year, as well as the possibility of establishing a Technology Hub linked to the Al Yasat concession, in which CNPC has a 40 per cent stake.

The hub would facilitate the transfer of knowledge and technology related to the Al Yasat concession.

Discussions will also take place around the possibility of storing ADNOC crude oil in China; long term crude supply arrangements and a trading partnership for ADNOC’s refined and petrochemical products.

H.E. Wang Yilin said: “This agreement marks an exciting new phase in the relationship between CNPC and ADNOC. It creates a clear framework for both parties to explore potential partnership opportunities that could deliver significant mutual benefits.

“ADNOC is a trusted and reliable energy supplier and we believe an enhanced level of collaboration would help ADNOC maximize the value of its assets and resources, while also contributing to China’s energy security.”

CNPC is China’s largest oil and gas producer and supplier, as well as one of the world’s major oilfield service providers.

It produces 52% of China’s crude oil and 71% of its natural gas. CNPC has oil and gas assets and interests in 37 countries in Africa, Central Asia-Russia, America, the Middle East, and Asia-Pacific.

In February 2017, CNPC was awarded a minority stake in Abu Dhabi’s onshore concession and in March of this year, CNPC, through its majority-owned subsidiary PetroChina, was also granted a 10% interest in each of the Umm Shaif and Nasr and Lower Zakum offshore concessions.

Meanwhile, in November 2017, an Engineering, Procurement and Construction (EPC) contract was awarded to China Petroleum Engineering & Construction Corporation (CPECC), an affiliate of CNPC, as part of ADNOC’s plans to sustain and grow production capacity from its giant Bab field, in support of the company’s production capacity target of 3.5 million barrels of oil per day by end of 2018.