The Asian Development Bank (ADB) has agreed to provide $150m loan to protect the water basin of Yangtze River, the longest river in China. 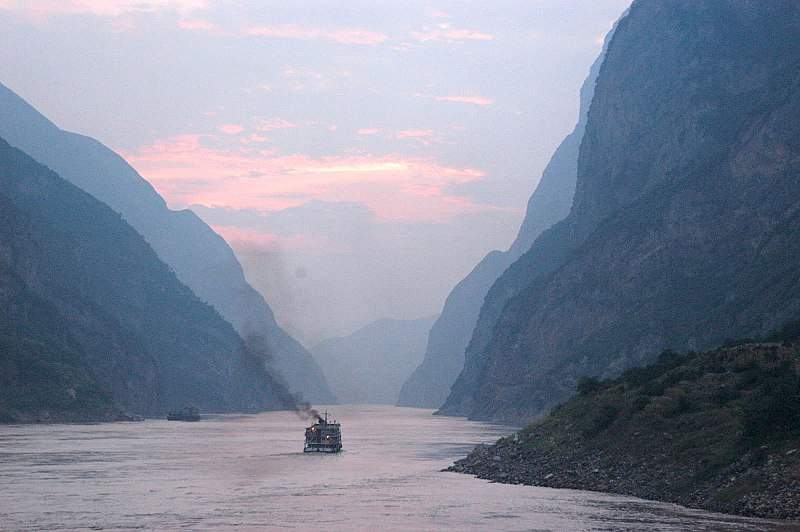 Image: Dusk on the middle reaches of the Yangtze River. Photo courtesy of Rogerd/Wikipedia.

The loan for a complementary set of initiatives to improve flood management, clean water supplies, and ecological conservation in the Longxi River watershed is a key project under ADB’s new Yangtze River Economic Belt Framework.

The framework will provide around $2bn over 2018–2020 to support the twin issues of economic and environmental development in the upper and middle reaches of the river. It supports the PRC government’s focus on development along the Yangtze River and continues ADB’s longstanding work in the area.

ADB’s East Asia Department Senior Water Resources Specialist Rabindra Osti said: “This project marks a new coordinated approach to managing the overlapping issues of floods, water quality, and the ecosystem that could be replicated throughout the PRC and, indeed, elsewhere.

“The Longxi River watershed has suffered from some of the worst floods in Chongqing municipality and only by addressing the issues together, can we make the region safer and more prosperous over the long term.”

It will also install wastewater management and water pollution control measures, as well as restore wetlands and landscaping alongside rivers and lakes. Importantly, each measure contributes to all three goals of managing floods, water quality, and the ecosystem.

In addition, the project incorporates a set of new non-structural measures so the local authorities are better prepared to simultaneously tackle the three goals. Among them, the project will help the municipal government to draw up a Longxi River flood and environmental risk management plan and develop a flood and environmental risk footprint and accountability mechanism.

A river health monitoring system will provide real time feedback to municipality staff—a ‘river chief’—who will be responsible for tracking the well-being of the river basin. Local communities will also get help to implement solid waste management and early flood warning systems.

The Municipality of Chongqing is the largest urban area of the upper Yangtze River basin and is a core part of the ecological conservation zone of the Three Gorges Reservoir, which plays a pivotal role in mitigating floods in the middle and lower Yangtze River reaches.

Flooding in the municipality has brought huge human and financial costs. The Longxi River watershed alone has suffered from fatal flooding in 2010, 2014, 2016, and 2017 and causes an average of around $250m in damage every year.

Moreover, the Longxi River Basin is set to experience more frequent and higher magnitude floods in coming years due to climate change. The project aims to assist cities and the local communities to adapt to climate change with both preventive and preparedness measures.

The measures applied through this project can be replicated in other similar watersheds along the Yangtze River Basin and in other countries in the Asia and Pacific region.

ADB’s loan will be supplemented with $228.67m in funding from district and county governments in the project area in southwestern PRC.

The project is part of ADB’s support to the PRC government to help build inclusive and sustainable growth along the Yangtze River Economic Belt, an area encompassing nine provinces and two municipalities flanking the PRC’s longest river.

The PRC is prioritizing economic and environmental development in the area under its Yangtze River Economic Belt Development Plan for 2016–2030 and the national Thirteenth Five-Year Plan, 2016–2020.

The Yangtze River Economic Belt accounts for over 40% of the PRC’s population, provides the drinking water for 400 million people, and contributes about 45% of the PRC’s annual economic output.

Since 1980, the region has suffered from $300bn in direct economic damage from floods, 75% of the total flood damage in the PRC, largely due to floods in its smaller river sub-basins like the Longxi River watershed.