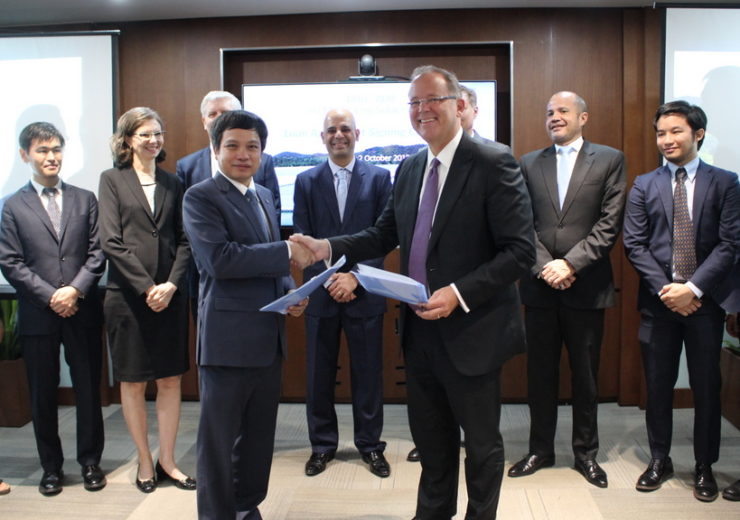 The Asian Development Bank (ADB) has agreed to provide a loan of $37m to Da Nhim–Ham Thuan–Da Mi Hydro Power (DHD) for installing a 47.5MW floating solar power facility on the reservoir of an existing hydropower plant in Vietnam.

Considered to be the first floating solar plant in Vietnam, it will be installed on the reservoir of DHD’s existing 175MW Da Mi hydropower plant.

The funds were established by the Government of Canada to encourage private investment in climate change mitigation and adaptation projects across Asia and Pacific.

“The pairing of these two clean energy technologies—hydropower and solar—is a simple but a highly innovative achievement, which can be replicated elsewhere in Viet Nam and across Asia and the Pacific.”

A subsidiary of the Viet Nam Electricity (EVN) Power Generation Corporation, DHD currently owns the operates four hydropower plants including the 175MW Da Mi, the 300MW Ham Thuan, the 160MW Da Nhim and the 7.5MW Song Pha. Its total generation capacity is 642.5MW, which is 1.7% of the country’s total power generation capacity.

DHD board chairman Nguyen Trong Oanh said: “We are proud to be the first company in Viet Nam to construct a floating solar power plant on a hydropower reservoir. This project aligns with DHD’s strategy of investing in renewable energy to decrease dependence on fossil fuel, contribute to energy security, mitigate climate change, and promote environmental protection and sustainable socioeconomic development.

“Hydropower reservoirs in southern Viet Nam have vast solar power potential. Capitalizing on the strong relationship between EVN and ADB, we have worked together to catalyze a new source of power for the country.”