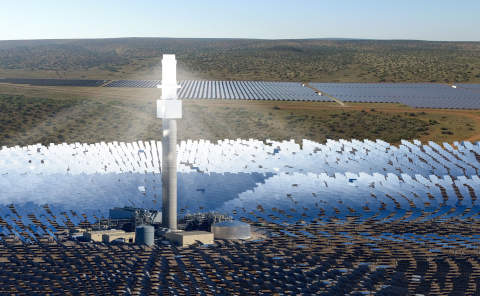 Image: The Redstone project will be located in the Northern Cape Province. Photo: courtesy of Business Wire.

Expected to produce around 480,000 megawatt hours (MWh) per year, the Redstone project will feature energy storage technology, allowing energy utilization even after dark.

Construction of the project, which will supply power to 210,000 South African homes even during evening peak demand periods, is scheduled to commence later this year.

ACWA said that the investment deal establishes the framework for both entities to co-invest in renewable energy projects with first being the Redstone CSP project.

ACWA Power CEO Paddy Padmanathan: “With capital and operating cost of CSP plants with molten salt storage solution reducing at the same time as demand for cost competitive renewable energy increases in South Africa, our Redstone CSP plant will be able to deliver stable cost competitive electricity supply to more than 210,000 South African homes during peak demand periods which are during the night.

“CSP technology will allow power generation well after sun set and does not require back up fuel. Recognizing the scarcity of water, the plant we will install will utilize the dry cooling option thus minimizing water use, which also makes it one of the most appealing renewable energy options available in the world.”

The deal is a part of the South African Department of Energy’s Renewable Energy Independent Power Producer Procurement Programme (REIPPPP).

Featuring a power station, heliostat collector field controls and tracking system, the project is expected to create more than 4,000 jobs during construction and operation phases.