The solar plus storage project will generate enough clean energy to power more than 93,000 Californian homes 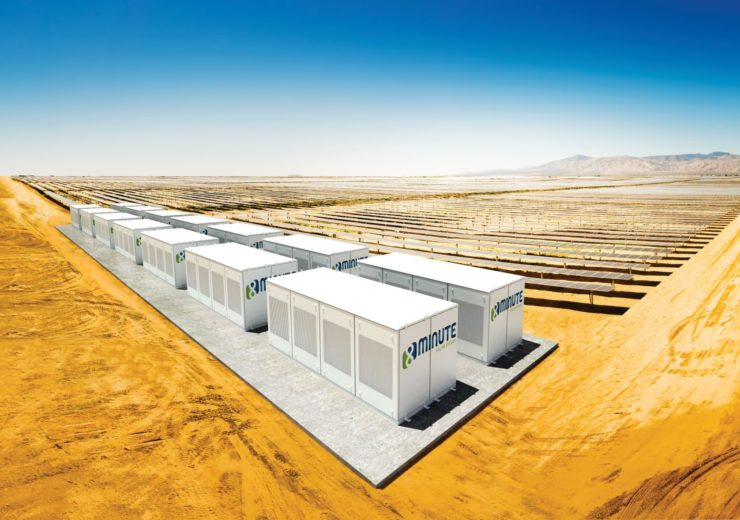 Artist’s rendering of the solar plus energy storage project to be built in Kern County, California. (Credit: Business Wire.)

Located in Kern County, California, the Aratina Solar Center will include 150MWh of energy storage, enough to power 93,000 Californian homes.

Expected to come online by the end of 2023, the solar plus storage project could help to offset 430,000 metric tons of carbon emissions annually, which is equivalent of planting 7 million trees or removing 90,000 cars off the road.

Aratina Solar Center is 8minute’s ninth project in the county, where it has already developed and put into operation more than 500MW of solar, including the Springbok Solar Cluster and the Redwood Solar Cluster.

8minute Solar said that during its construction phase, the solar plus storage project could generate 300 construction jobs.

The Aratina Solar Center is expected to generate hundreds of millions in total capital investment, more than $12m in local tax revenues, and $16m in land payments over the life of the project.

8minute Solar Energy president and CEO Tom Buttgenbach said “Community Choice Energy providers across California are taking proactive and ambitious action on behalf of their communities and are playing a critical role in helping the state reach its aggressive clean energy goals.

“Our first partnership with Community Choice Energy providers has been a positive experience for 8minute, giving us an opportunity to partner directly with communities to put more affordable, clean energy on the grid.

“We look forward to continuing to build strong and mutually beneficial partnerships with MBCP, SVCE and other community aggregators as we pioneer a new generation of solar and storage.”

The power generated from the Aratina Solar Center is expected to serve between 7-8% of MBCP’s retail load with 120MW of generating capacity and 30MW of battery energy capacity and a 3-hour discharge duration.

SVCE CEO Girish Balachandran said: “Our partnership with 8minute is another success shared with MBCP as we continue to take significant steps to expand California’s renewable energy portfolio.

“The Aratina Solar Center, complete with battery storage, will allow us to store and deliver solar power when our customers need it — well into the evening hours — reducing our reliance on carbon-emitting gas plants and moving us ever closer to a decarbonized grid.”