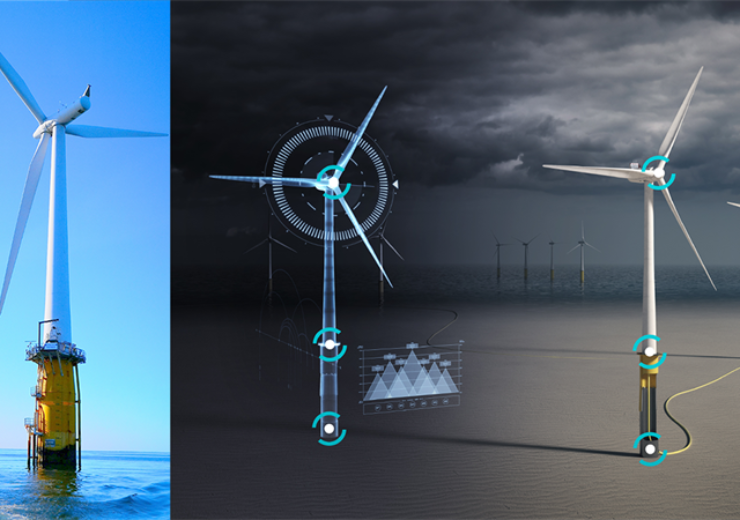 4Subsea has installed advanced, retrofit sensors on floating turbine Zefyros (previously Hywind Demo) to prove cost reduction potential with a Digital Twin. A few hours after mobilisation on April 20th, the autonomous sensors started streaming motion and load data to 4insight.io from Unitech’s wind turbine off the west coast of Norway. The project aims to prove significant cost reduction potential in offshore wind by using a Digital Twin of the substructure to measure actual loads and fatigue on the turbine.

4Subsea has delivered digital decision support with Digital Twins to the oil and gas industry for years, and because of the many similar challenges with soil support, scouring, corrosion, and fatigue, they can utilise modified versions of their algorithms, AI agents, and trained models to e.g. extend lifetime of substructures, predict cable repair/replacement, and reduce production downtime with anomaly detection.

From Fish to Offshore Wind

4Subsea has developed a new generation of sensors for structural integrity and performance monitoring of offshore wind turbines. The sensors have a proven track record from offshore oil and gas where they are used to monitor both vessel motions and the behaviour of fixed platforms. Different technology components from fish telemetry, micro drones, and telecom have been combined in order to make a solution dedicated for subsea assets in oil and gas and now for offshore wind turbines.

Advanced Sensors in Combination with Machine Learning and AI
The sensor package combines a 6-axis IMU and 4 strain sensors for monitoring of wind turbine towers and substructures. Sensor data will be combined with weather information and other data sources. The interpretation of the data will be available on 4insight.io, which is a digital service on Microsoft Azure. This enables the combination of many large data sets and cloud computing as a platform for machine learning and artificial intelligence.

The main goal of the project is to analyse the potential for reducing LCOE in the offshore wind industry. 4Subsea’s operating philosophy is founded on continuous research and technology development to improve the understanding of how underwater assets age over time when exposed to hydrodynamic, aerodynamic and operational loading.

Within offshore wind 4Subsea specialises in coupled analysis including aerodynamics and hydrodynamics as well as modelling of the turbine controller and modelling of soil interaction with the substructure.